The project of the aparthotel on Verkhnyay Maslovka was represented in ARX-Moscow in 2005. This year, in October it has been nominated for a new ARX award. This building has got a remarkable internal structure, restoring the fundamentals of the commune house, founded in 1920. This is not a fancy avant-garde, but a true and living one.

This building is of interest as an invention. If in honor of constructivism it is common to design facades, Nikolas Lyzlov has revived the very soul of the avant-garde architecture studies – the typology, created in 1920 in Moscow by Moisei Ginzburg, and in France by Le Corbusier: it is a ‘commune house’, and there it goes as ‘the Marseilles cell’.

The impulse for the search was given by some difficulties of the construction area: quite narrow, limited in height. It was necessary to save the park, fire access route, not to obscure the daylight to the surrounding buildings and, certainly, to make maximum of usable space. For which reason Nikolas Lyzlov have renewed the forgotten in our country technique, firstly used for the Dom Narkomfina – the apartments have been designed two-storied.

Each apartment occupies two storeys. Sitting rooms are spacious and tall, ‘open to below’, 5-meters high, with a large floor-to-ceiling window and stairs. Bedrooms are on the contrary small, 2,5-meters high – enough for sleeping, however. All the apartments, except for the smallest single-room ones, front the both sides of the house – the yard and the street, creating rhythmical alternating of wide and narrow window stripes.

The two-storeyed structure allowed the architects of the project, Nicolas Lyzlov and Vitaly Stadnikov, to save space by means of corridors – there are three for 9 storeys, and the lift makes only three stops. The three corridors are constructed on an American system, like in a hotel – the long line and many doors, which are hiding not small rooms, but two-storey apartments – this makes recollect the Woland’s words about the fifth dimension. According to Nicolas Lyzlov, the layout is not for conservative people, like those living in the commune house on Gogolevsky Boulevard, where each apartment is of 37 square meters. And the owners of the constructivist apartments are mostly prosperous people, who can afford more than one cottage. ‘We had seen the house, when were designing the ours’.

On the ground – there is the only hall for the whole building, and also offices essential for a city center; and certainly, there is the underground garage. There will be a recreation area on the top level, under the roof on the ‘legs’. And as Lyzlov has said ‘the only offense to social fairness will be a penthouse’. ‘Though, there might be a fitness-club as well’, he says, correcting himself.

Obviously, working within constructivist structure and design, Lyzlov got to like especially the ideals of avant-garde architecture, certainly not in the bolshevist, but European humanistic way. The club house, no wonder the elite one in the Moscow center, inside lacks a slightest hint on common for new Russian society stratification: wealthy – wealthier – and even more wealthy. Within the elite club all men are equal, there are larger and smaller apartments, but all are fine. The choice depends on a family size. Lyzlov is sure that the most interesting one is the smallest, consisting of the only one 5-meters high room.

This hint on equality leads the subject beyond the frame of simplicity, though a skilful derivation of extra square meters. It seems we all deal with the rebirth of the spirit of avant-garde, killed in 1930's, the meaning not only of formal, but constructive study. The Lyzlov’s house on Maslovka, is, probably, the most avant-garde of all had recently been designed in Moscow, what inevitably impacts on facades – transperant, rhythmical, rational, not imitating constructivism, but living with its principles in the 21th century. 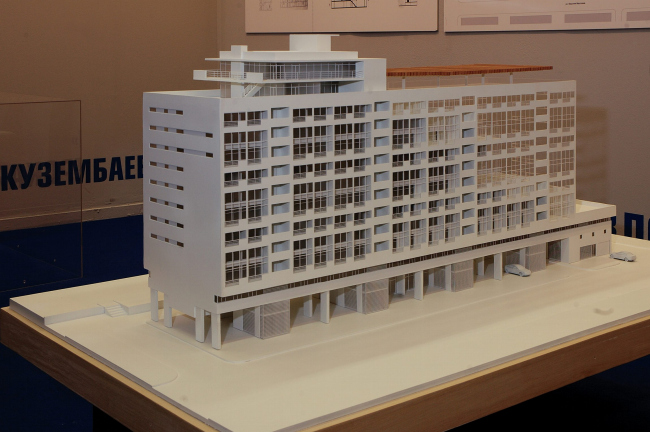 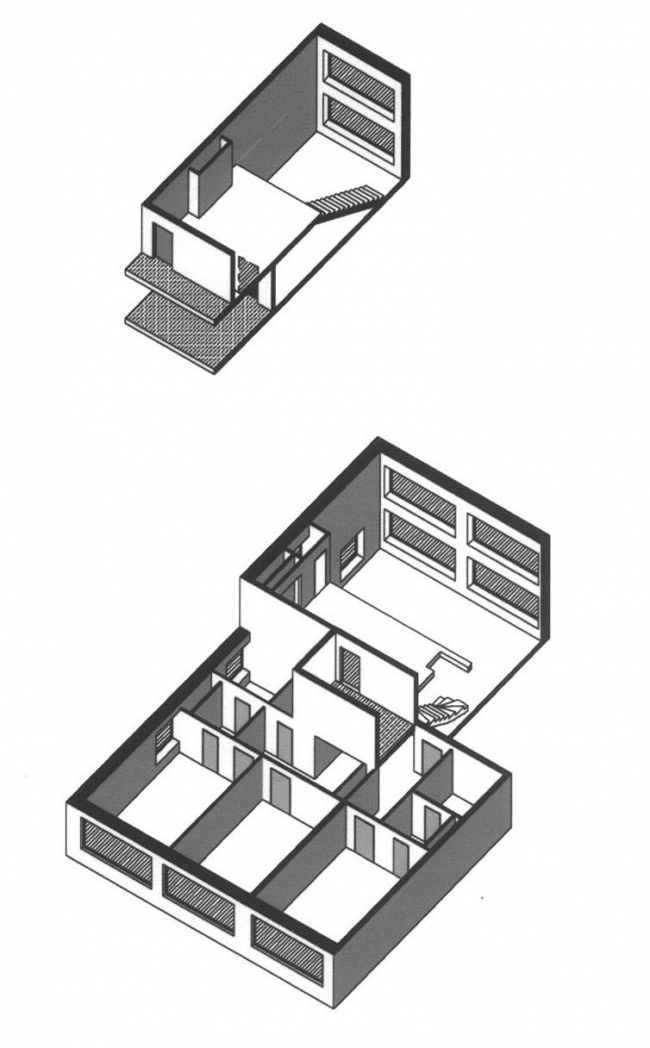 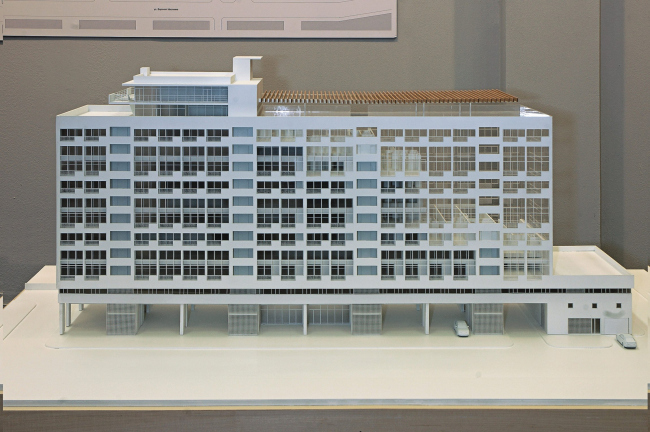 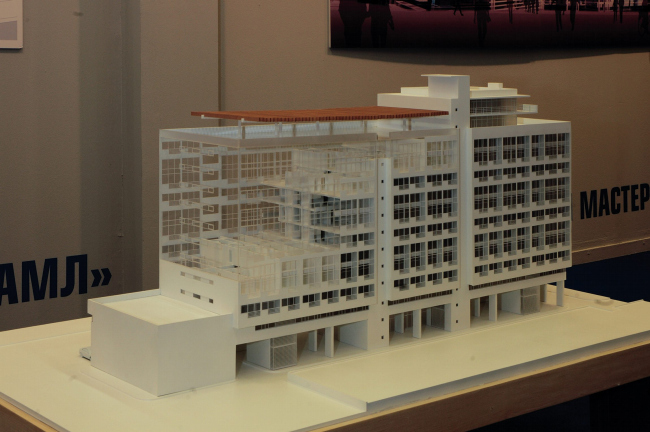