We bring to attention of readers our first attempt to summarize the brightest incidents of the last month. The results of September 2006 have turned out to be discouraging encouraging... Shortly: in Venice Brodsky, in MuAre Belov, in Mockomnasledie a new management

On September, 10th has opened Biennial and has caused pilgrimage of architects to Venice. But this time the impression  was that everyone came here to see Alexander Brodsky's installation but not so much the foreigners. The theme of Biennial set by Richard Berdettom seemed to be a bit dryish, more worthy a scientific research institute, than the Venetian show. And Brodsky has offered, on the contrary, something very art, nostalgic, beautiful and clever - whether having gone counter to strict subjects, whether having found for it an accomplished especial style of expression. Something similar happened  four years ago when contrary to M.Fuksasa's socially-responsible theme « … one of prizes there is less than aesthetics » has taken Ilya Utkin, a former "paper-maker". This year the management of Biennial at last has refused a rectilinear principle to declare the winners before the opening, and all had an opportunity to guess, what will be till November and that adds an intrigue.

Simultaneously with the Venetian mega-exhibition, there was an exposition of another former «paper-maker » the architect - Michael Belov in Moscow within all September, that was the anniversary, full, beautiful retrospection of his works, from conceptual drawings of 80es up to settlement on « 150 palaces », more precisely, well made Palladian country houses, through the early, florid-cheerful projects inspired by Russian avant guarde. The exhibition has caused the liveliest discussion which has concentrated basically around the way heroes of conceptual projects practice, and  - how does the modernism and the classics get on within the limits of creativity of one master. It is necessary to tell that Belov’s exhibition shows, that the confident possession of the architectural form and the courageous, free reference to the color reconcile both trends with success.

During September there was an aggravation of struggle for the Moscow heritage: on this floor a lot of events of absolutely different plan took place. First of all, practically management Moscomnasledie, based in a private residence on Patnitzkoi was completely changed. Change of the structure of the whole organization - is inconceivable, but still happenes infrequently (other way nobody simply could work) – it is remarkable that about radical personnel perturbations in the Moscow bodies of protection are represented (though about it anybody officially, certainly, did not declare) inspired by activity informal Moscow «watchmen», who have soon been called on meeting- with new management of Moscomnasledie. At the meeting it was declared, that from now and then  the public opinion will be taken into account and monuments will be fine.

The performance of youth at pulling down «Warm lines»(the building of trading lines not fare from Central Universal Shop) when many young people were arrested by  militia and even were going to be judged, but eventually have tempered justice with mercy, having turned looks in the opposite party preceded all we mentioned above. And also - the edition of the book « From Prechistenskih up to the Arbat gate » made by the project « Moscow which is not present » the first part of the conceived guidebook across the lost and the disappearing Moscow. It seems, that the movement in protection of old Moscow weakened in the ninetieth years has not only revived in new forms (its leaders - the mentioned project « Moscow which is not present » and «MAPS» both are based on the Internet-resources), but also has started to bear fruit - different, from the sincere study of local lore publication up to the change of a management of protection bodies. It would be good, if this tendency was fixed and has proceeded, bearing already fruits especially practical - in the form of total change  of Moscow, and then the Russian policy concerning a heritage. While all is not so unequivocal. In particular, danger threatens to the plans of Moscow Architecture University to create a museum of architectural formation in area of Maroseyka in M.F.Kazakov's house - the mayoralty has unexpectedly changed the decision and has decided to give the house, for some reason, to a society "Dynamo".

Coming back to the world of modern architecture: in September has started the project « Freedom of access » which initiators Alexander Zmeul and Maria Fadeeva will organize excursions on building sites of interesting objects and photo-sorties for the modern architecture of the Russian cities. There has already passed excursion in "Moscow-city" and a seminar devoted to new Kazan, named by a fashionable and not clear word «A trend market ».

Everything is just excellent , so that it is similar to the official reports of the Soviet five-years periods: one of known "paper-makers", almost the guru, arranges the installation on Biennial, another - an anniversary exhibition in Moscow; in reply to activity of the public the structure of bodies of protection changes, enthusiasts achieve an opportunity to arrange excursion on building sites and even to photograph there … Don’t count your chickens before they are hatched, and that will happen in autumn. In October plenty of scientific conferences, a few design exhibitions and "Architecture" will take place. 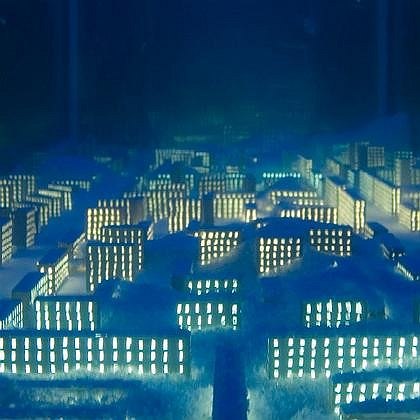 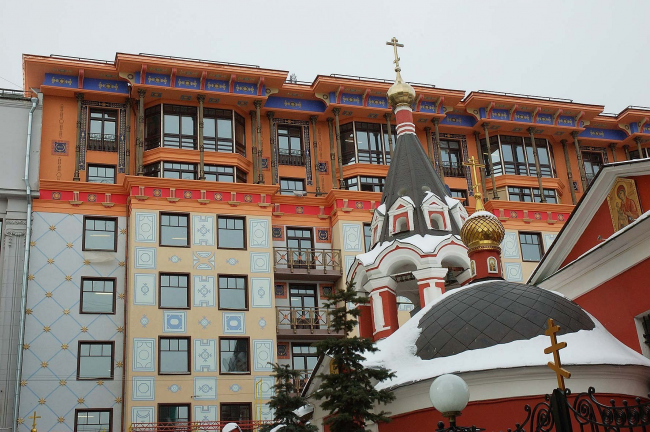 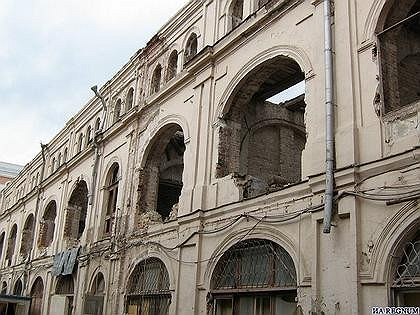 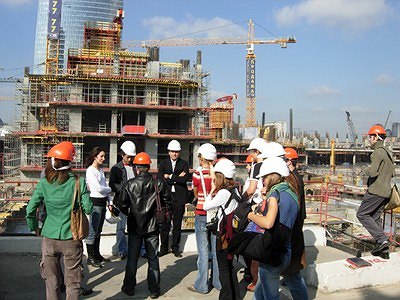