Kazan: one thousand and one year

Recently Alexander Zmeul, Maria Fadeeva and Alexander Ajrapetov have created the project "Freedom of access"; now inside of it has arisen " a trend market " the first action of it has taken place yesterday in the studio "Beam". The organizers showed their own, as they said "subjective", photos of new Kazan, discussed the new architecture of the capital of Tatarstan which became a result of a building boom, dated to the 1000 year anniversary of the city.

When in 1997 in Kazan the Kremlin archeologists found a coin of thousand-year prescription – the preparation to the anniversary of the capital of Tatarstan begun. Huge federal means have been directed on « preservation and development of a historical part of the city », however the real construction has got, to put it mildly, more inconsistent character. The city once had fine samples of wooden architecture, some Tatar large villages, unique constructions of XIX century, now the city has lost the most part of the monuments, and many from remained including hotel " Kazan ", are in an emergency condition. On their place new constructions appeared , including streets St.Petersburg, constructed by the northern capital and street Moscow, which is not completed till now. Though it is necessary to recognize, that, on the other hand, five - ten years ago Kazan has been captivated by the slums and sharply required in modern construction.

Certainly, most disputable and at the same time declarative construction of these last years is the mosque Kul Sharif constructed in the Kremlin the ensemble of which is included in the list of monuments of UNESCO since 2000  (there are a little more than twenty such objects in Russia). The huge silhouette of a mosque has almost suppressed ancient Kremlin buildings the most part of which dates the XVI century, the new mosque has absolutely changed the protected ensemble. We shall say it is abundantly clear that building has ideological and political value: up to a gain of Kazan by Ivan Grozny there was a legendary multiminaret mosque on a place of the Kremlin which was burnt by the Moscow tsar. Therefore the construction of a today's mosque is considered by its founders as restoration of validity. There is only one difficulty: the Kremlin ensemble – the original monument of the history which is impossible to erase and it dated XVI-XVII century, and a new mosque - a monument of today's ambitions. Its occurrence in something is similar to the Palace of Congresses of the Moscow Kremlin.

The central square of city a square of Freedom created on motives of Stalin classics during Soviet time - has changed. The building of nobiliary assembly located on it, a monument of federal value has been restored up to the anniversary  - the new roof, the new lay-out, the new decor, new floors appeared - now the building has turned to a town hall.

Beside the square of Freedom and the cultural center "Kazan", almost in the city centre, there is a settlement of Oil-industry workers built in speeding up terms (constructed on money of oil companies from city of Almetyevsk), intended for settling the visitors who have arrived for the anniversary. The settlement consists of two kinds of the houses located randomly and very close to each other - so to live in them for a long time is not obviously possible.

However there are positive moments in the building boom - after the puling down the shabby and emergency habitation more than 40 thousand families moved in new houses. Specially by the anniversary of Kazan city the Millennium Park has been built in the waste ground. It has been constructed in record-breaking short terms, last trees were planted  already in the day of anniversary. The new environment - apartment houses, sport center «Buskethall» has been created around of the park.

The separate theme in the new architecture of Kazan is borrowed with the Petersburg trend. St.Petersburg pedestrian street personifies a theme of the street-river: through it the planked footways are thrown, small architectural forms repeat Petersburg, and in the end of street - a building reminding dome of Isakiy cathedral.

However not much qualitative modern architecture has appeared in Kazan. Among the new  constructions the trading-entertaining complex "Pyramid" executed in the form of completely glazed pyramid is allocated, business centre Korston and an inhabited complex "Bereg" consisting of several houses along the river which main facade reveals from Volga.

The pride of citizens of Kazan - the underground which was opened one year ago consisting while from five stations and located mainly in the center. The idea of the underground is to symbolize mythical Kremlin vaults of times Tatar Khanate, therefore unlike the Moscow underground, where light moves from above to show communication with a surface, here the sensation of a vault which is emphasized by light going from below is accented. 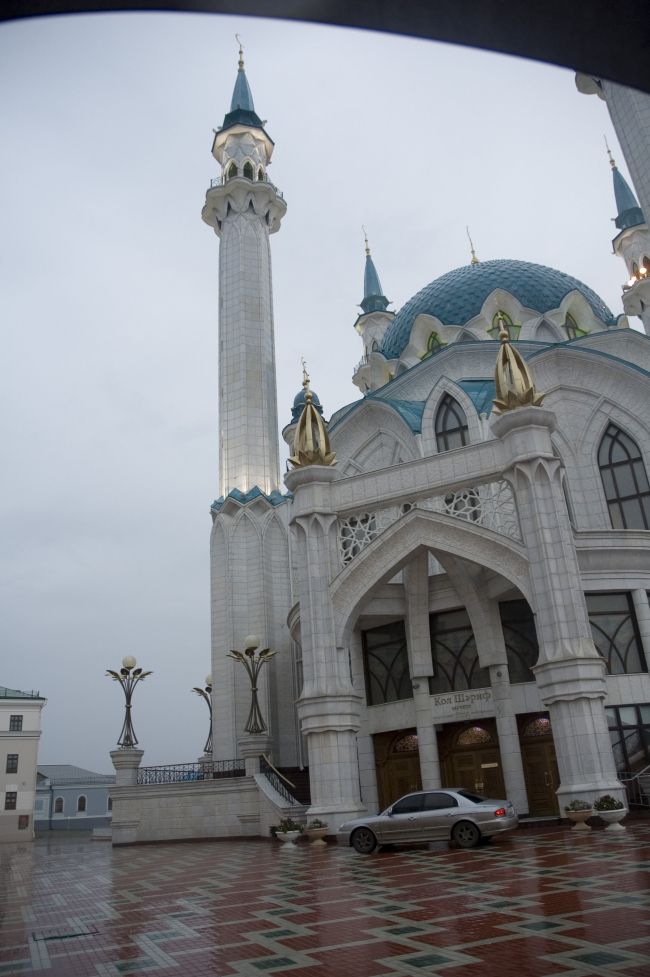 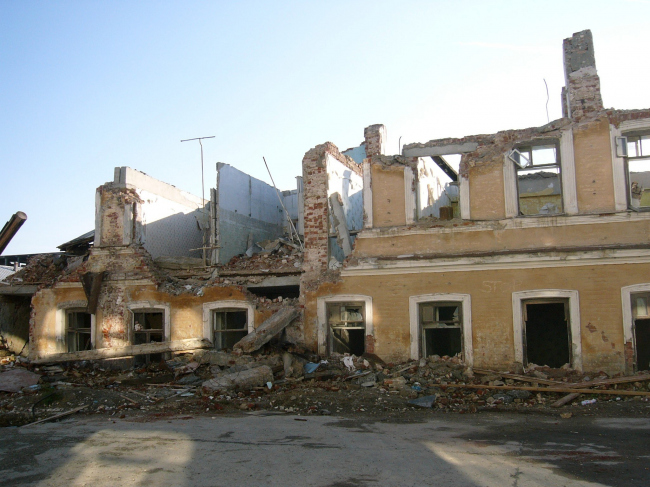 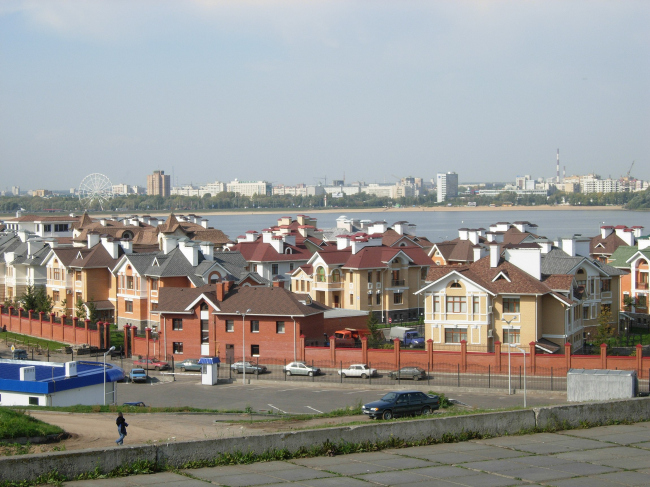