The house on Kherson street

The twenty five storeyed apartment house echoes the curve of Khersonskaya street. The whole experience of the building shows that it belongs, first, to the city, secondly, to the big multipurpose complex which is planned to be constructed near it

The street Khersonskaya bent very much - almost by a semicircle. Such lines were alien to the panel houses of the seventieth, and they are grouped here as drawn by a backward puple dashed line - chaotically, under different corners. Alexey Bavykina's house is different. It echoes with its facade to a bend of a line, builds in it, and, apparently, helps the street to do the conceived turn, not left aside. And at the same time it brings together a habitually-broken line of grey panel high-rise buildings, plans communications between them. In this sense the house is very organic, its construction on this place - is a success for Kherson street.

The bend received as a result of the dialogue with the street decorates the house as if a smile decorates a person. Everything seems to be simple: a red brick surface, close to it a dark one, on the other hand - white; between the floors - strips, windows are simply square, modern long, from a court yard - habitual of three parts. But here is a smile - the 25-storeyed monolith starts shining, has become cheerful, balconies have begun rhythmical dance: one at the left, another on the right. And the strict dark domestic facade has slightly raised corners of the balconies, has outlined them by a concave line, by a mirror reflection of the main arch.

Inside - around of one hall-corridor apartments of two up to five rooms are grouped, the bigger ones  managed "sightseeing" end faces: one looks on Bitzevskij park, another - at the spontaneous-green site located near and it is necessary to tell about it separately.

Here the second turn of the construction is planned: the chain of apartment houses, a kindergarten, shop, restaurant, office building – all these will be placed on the edges of a site. In the center, between the constructions the park with artificial small river will be broken. So the house on Kherson street completed in the end of 2005 is an advance party of the scale complex conceived here. Its trimmed white panels "nose" embodies determination of the senior brother which was going to conduct behind itself younger ones. 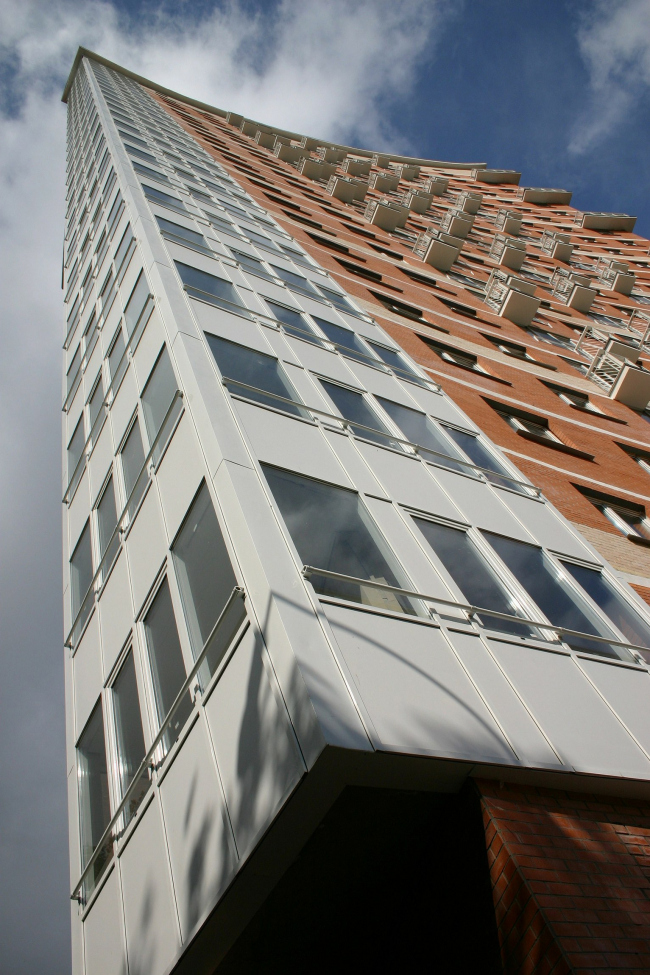 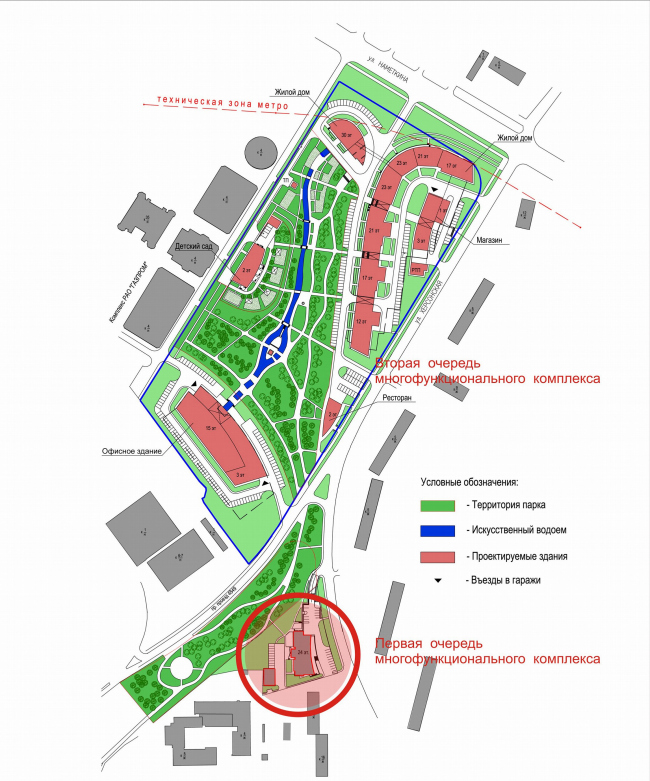