On November, 10th Dmitry Aleksandrov has received from hands Vinky Dubldam, the chief of American bureau Archi-Tectonics and the expert of premium ARX awards the award for the best pilot project. We have decided to understand what experiment consists of, and have set some questions to the author - as the answer the image of a very remarkable project and a very pleasant place appeared.

The settlement is located on the stony slope going down to the sea covered by southern vegetation. This place recently was a pasture. Sights around are not simply magnificent, but sort of enchanting: the sea, windings of a coastal line, contours of mountains - the ancient ground, immemorial and a perennial spring of the European culture. Here there was protominoi civilization, here the first Christians ran, here was and there is one of the cult colonies of hippie, at last.

It is terrible to touch such ground. Dmitry Aleksandrov finds a way out: he twists the bases of the houses in a tectonic plate, and all the rest - hangs consoles around of an inhabited kernel of the buildings. Therefore it was not necessary to level a slope and to fill in with concrete the most parts of the ground as it was made in one of the located nearby settlements. And country houses-cottages have hung above mountain, directly corresponding to the name of settlement, steadfastly peering in the sea through the rectangular of panoramic windows.

The settlement will settle down between two roads, one goes above, another below its territory. New roads will not appear - all cars inhabitants will leave on a parking before the entrance, moving further on the ladders connecting small houses and country houses. In the central part there is one  bigger ladder with the number of public buildings strung on it, among which - church is planned. From some points of view of ladders and footpaths it will not be visible at all, houses as jacks, grow from stony congestions, not spoiling and not covering a landscape, and only bringing in it a highlight, a hint on habitation. That is remarkable, and church, despite of the remote neighbourhood of the Byzantian temple of XIII century, and the house, despite of rich and tempting tradition, will stylize nothing. They remain within the limits of modernsimplicity, expressing the attitude to a local antiquity any other means.

This settlement as a rahat lakoum from Lewis's fairy tale, the more you tell about it, the more it would be desirable. There will be a pool with sea water in each house, its external wall is transparent - slices of the sea with the home delivery, torn off from elements. And while  swimming in the pool, it is nice to look at the same sea from above. Houses will be concrete only partly, in the bottom part the natural stone working as the natural conditioner is used - behind such walls in a heat is always cool. In general here many architectural decisions, not only limiting intrusion into the nature, but also saving energy - on roofs are planned solar batteries. There are not so many actually living rooms in houses, bedrooms, but there is enough vacation space - all bottom part little bit profound in a slope - for a drawing room, the hinged consoles of balconies bearing on the concrete paws exotic plants for Crete, a ladder - all is penetrated by space, a sea wind, air which here circulates from coast - from below upwards.

All these architectural subtleties, probably, have been very well understood by expert Vinkoj Dubbldam, the chief of American bureau Archi-Tectonics which, making comments on the choice, has told: « … for me it is important, that in architecture traditions and the newest methods of designing were combined. » Really, traditions here live in deep, not stylist, a kind - neither columns, nor the artificial rests of the past, only the ground and the sky and by tradition – love of nature. 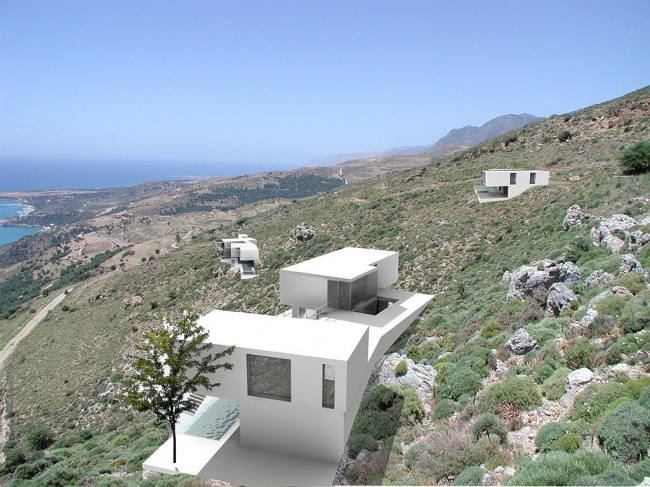 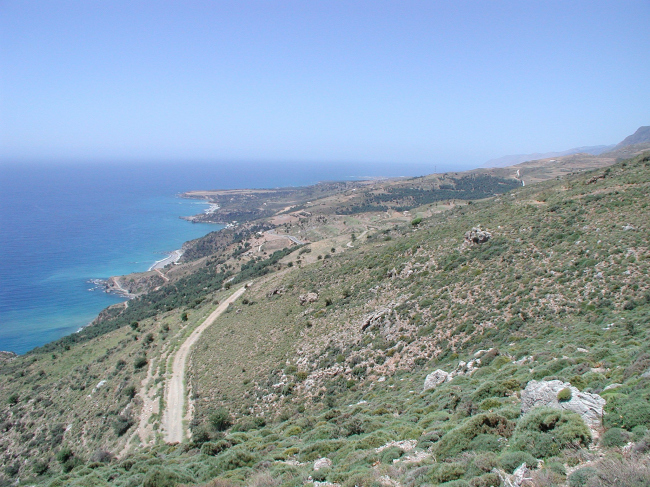 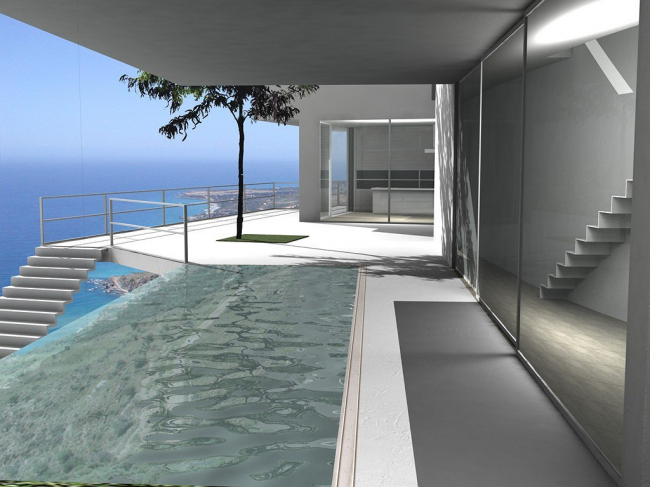 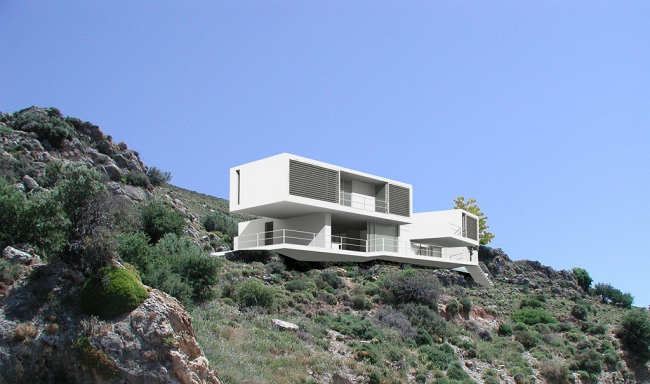 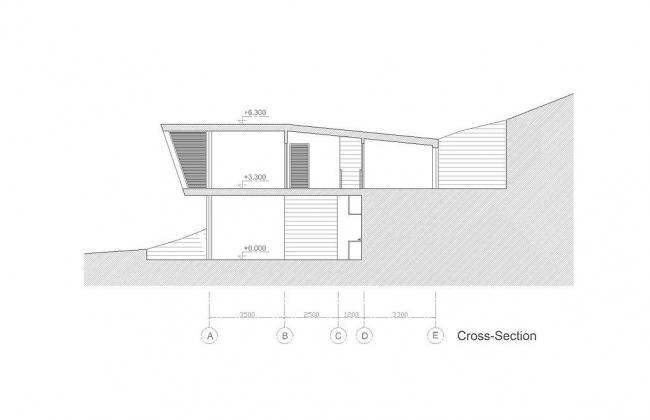