Auto-service center on the Warsaw highway of architect Leonid Pavlova which triangular "cap" now meets everyone who passes MCAR in this direction, can be destroyed according to the will of present owners.

Leonid Pavlov’s name became cult long time ago. If we try to recollect, what was good during the 70 years - that it him The epoch which has made the architecture to be an unessential appendix to very mass panel construction, somehow was not reflected on him, one of rare Soviet masters, he is directly and "alive" continuing constructivism in second half of century. Therefore Pavlov’s buildings so dear to everyone who understands in modern architecture, it is material, powerful and very qualitative proof  that during this strange time something we still had; the real bridge from 20th years to XXI century.

Not long time ago it became known, that one of Leonid Pavlov's work - auto-service -center situated on the Warsaw highway, known as "The Triangle", threatens destruction. For the banal commercial reason: most likely, on its place something trading-entertaining will be constructed.

Would be quite logical and even beautiful decision to arrange there the trading salon of cars: the huge and laconic building intended servicing of Soviet people "the national car » Zhiguli, possesses an effective internal space, which structurally answers the purpose. It almost would not change the primary function. It is necessary to notice, that, at the consecutive approach to business, the competent PR, possibly, the building could serve as additional advertising of the enterprise. It would be possible to play perfectly on nostalgic feelings of potential buyers. Pavlov’s building differs from any aluminium box which plenty in Moscow, as those "Zhiguli" from "Bentley" of manual assembly. People should make excursions in that building!

The building is effective and laconic. Its basic part is split by the ground and lighted through the set of small domes, reminding ancient constructions of Samarkand. The stretched stilobat is topped by a courageous triangle of a show room, its transparent walls bear ponderable cap of the roof. Even now, spoiled by publicity boards, double-glazed windows and surrounded by the spontaneous market, it does not lose quiet advantage.

It is amazing, but before the construction of this object an unprecedented for those times trip across the Europe was organized to the architect for acquaintance with the advanced experience of similar buildings erection. The technical center is constructed under the individual project, with thorough engineering, this is one of the most qualitative in every respect buildings of post Soviet Union epoch. Strong construction, with thorough designs. And considering, that we have not much good architecture left by the period of 70th (among these are Lenin's museum, Show Center on Profsojusnoi, designed by Pavlov and some other), - this building is exclusively important work of architecture for our Russian self-estimation.

Two years ago, taking a word at Arch-Moscow, Italian Maksimiliano Fuksas by the way noticed the following: « … you all here are convinced that the sixtieth should be razed to the ground … it is not so ». How many times the foreigners coming to bow to Russian van guard architecture should repeat - do not break … Shall we listen this time? 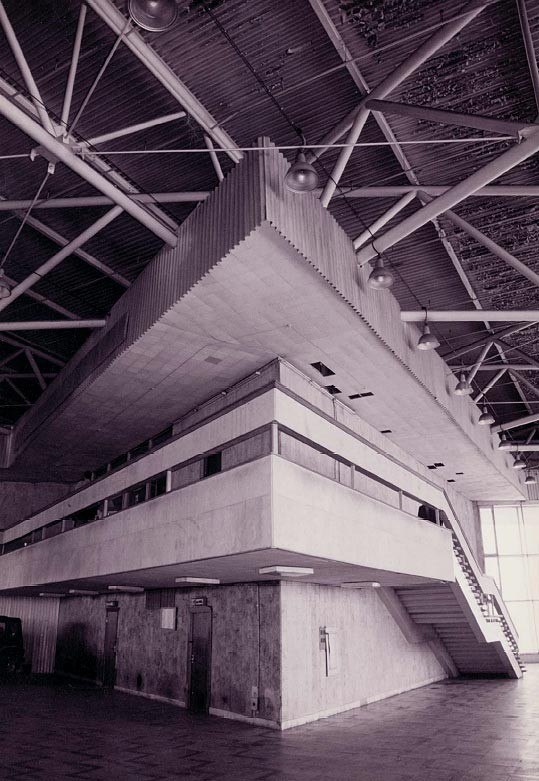 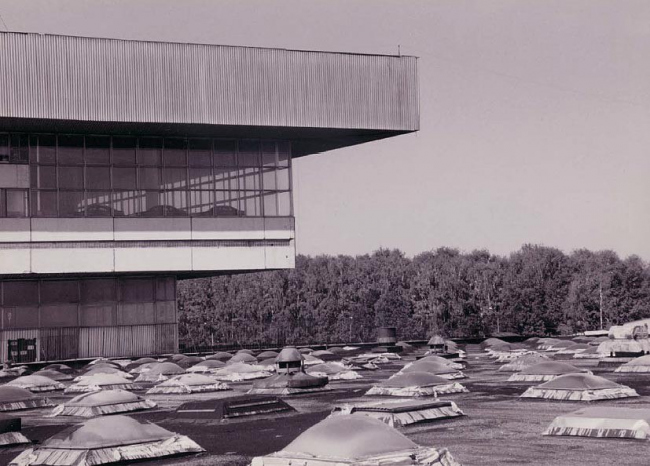 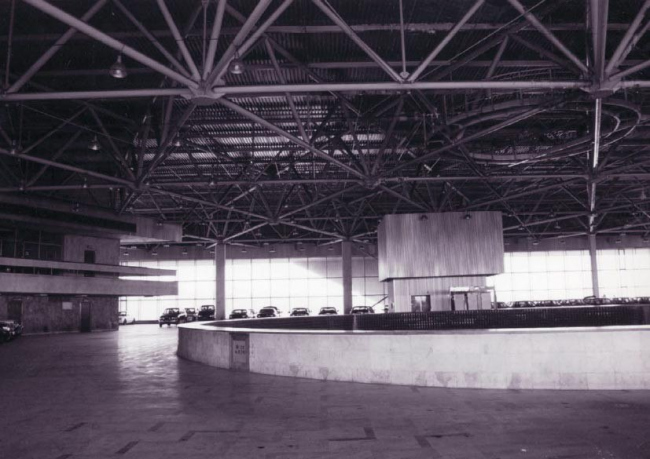 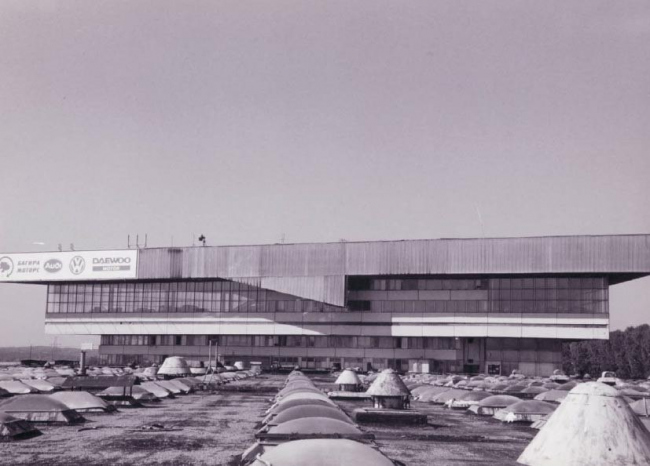