The ABD architects have introduced the project of the complex "Metropolis" on Leningradskoe highway, 16.

The industrial area– there used to be the factory Rubikon, by the Voikovskay undeground station – is scheduled for demolition. Like a true metropolis, Moscow changes industrial areas for business and retail complexes. The ABD along with an American company RTKL will build three-storeyed shopping and leisure center and office center there.

The architects have frequently made an emphasis on the difference between the two parts of Metropolis. The warm orange facades and sophisticated design of the retail center indicate very well its purpose. It contrasts with the crystal strictness of the office buildings: the mirrors of glass iceberg reflect the shopping and leisure island.

The office center situated in the south part of the area consists of the three separate buildings based one the pedestrian square. The two of them are alike, nine-storeyed. The third building is a little larger and has eleven storeys. The simplicity of the cubes is compensated with the remarkable play of façade’s shapes. The flat glass surfaces are full of chequered low and high spots. The building resembles a kind of huge logical cube – if you press one panel, the other comes forward; or a safe lock that works on the same principle. The entire glassing of the façades intensifies the effect, making the volume partly withdrawn and partly penetrable, beginning the dialogue with surrounding space by means of low and high spots.

Developing the project, the architects gave special priority to management of the pedestrian and traffic flows. There is a wide boulevard in front of the entertainment center, receiving people who come from the underground. From the northwest, there will be built galleries on the second level of the retail center, joining the railway platform and the underground. Thus, those who come from Moscow region by electric train will have walkway to the underground closed from rain, wind and snow. Retail outlets will have more customers then. Moscow is rich with squares and avenues, which are windy and uncomfortable most of the seasons. So such care for customers must be noted specially. Vehicle access to the Megapolis is also well thought. The architects have planned modernizing the neighboring streets, realizing Leningradskoe highway.

The debate with the European consultants emerged on designing the car parking. There are only two of them: over ground with five levels and the underground with the two. The thing is, on foreign standards there should be 3300 car spaces for such type of center. But it is twice less then in Russia. The great difference required an additional analysis of the parking area workload during 24-hour period. It was found out that the peak of activity in offices and the retail center make up for each other: in the evening, when most people come for shopping, the office workers leave for home. On weekends offices are empty. As a result, it was agreed on average – 3879 car spaces. 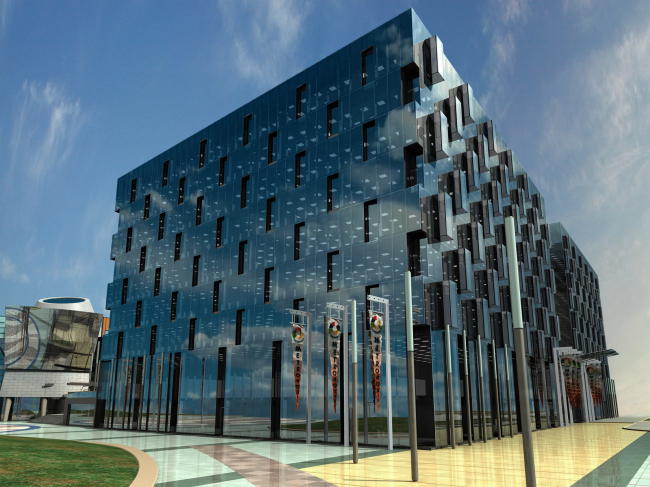 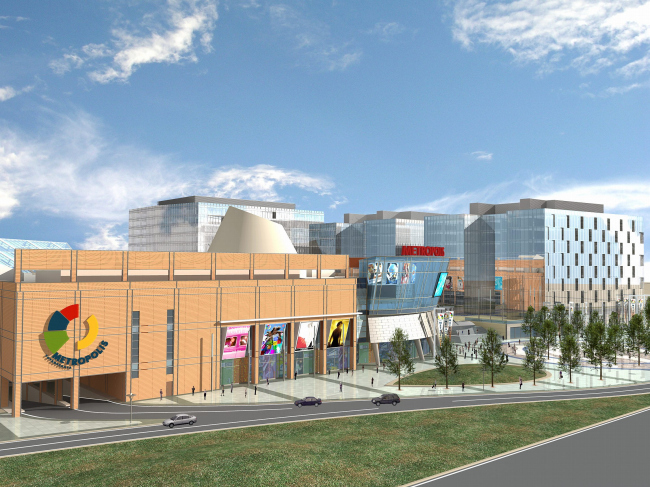 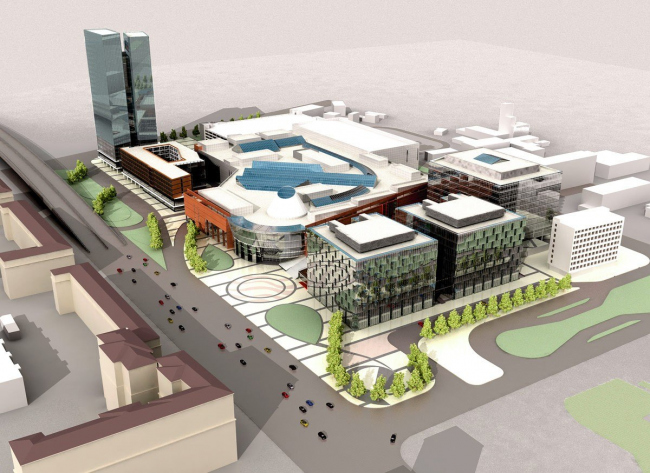