This year’s Butter Week Festival in Nikola-Lenivets witnessed the burning of Bastille designed by Nikolai Polissky. In this issue, we are scrutinizing the project while we still can. Burning up the Maslenitsa Doll before the Great Fast is an ancient Russian tradition so strong that it even survived through the Soviet and post-Soviet times and into the present. In the settlement of Nikola-Lenivets, this tradition has also been observed for quite some time because, come to think of it, it is flesh and blood of land art: first of all, it allows you to get rid of things that you discarded, second, a large burning object does produce a mesmerizing effect of an ancient ritual, and thoughts about the slash-and-burn farming immediately come to mind. And, finally, a big bonfire is a great show in itself, like a land art performance. Nikolai Polissky started off by burning down the old “TV tower” that had stood for a long time in the valley of the Ugra River; then, in 2017 the “Pyramid Tower” was burned – but last year’s “Flaming Gothic” broke all popularity records: some of the spectators, in full accordance with the modern trends of today, thought it their duty to “get offended”, and the artist, together with his 30-meter-high project (quite innocent, it must be said) had to be protected from its vocal critics.

It is hard to say whether or not this situation became the reason why this time the organizers chose a topic that’s a priori as politically correct as it can possibly be: the original Bastille was burned down, and that’s a historical fact, furthermore, it was leveled down to the ground, the revolutionaries leaving on the square named after it only the contour of the former king’s castle and then a prison. Burning down a model of a prison that was in fact destroyed centuries ago probably would not offend today even the most die-hard royalists. As for the authors, they also described their project in a very guarded way: “the prison will not have a single prisoner inside, and will be burned without any accompanying revolutionary turmoil, and with equal respect to the fans of Robespierre and Louis XIV”. 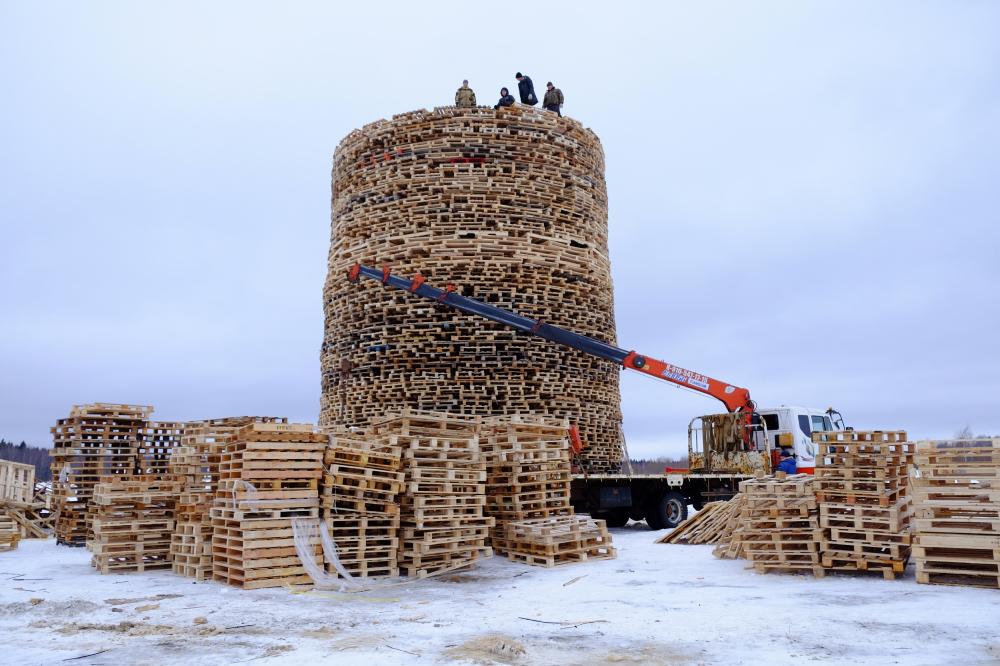 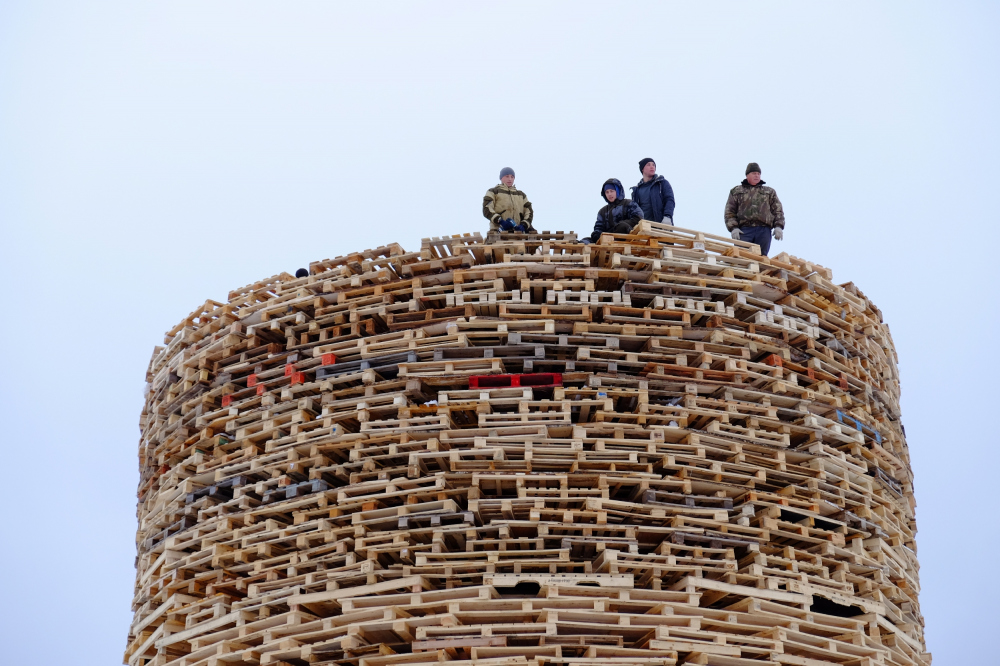 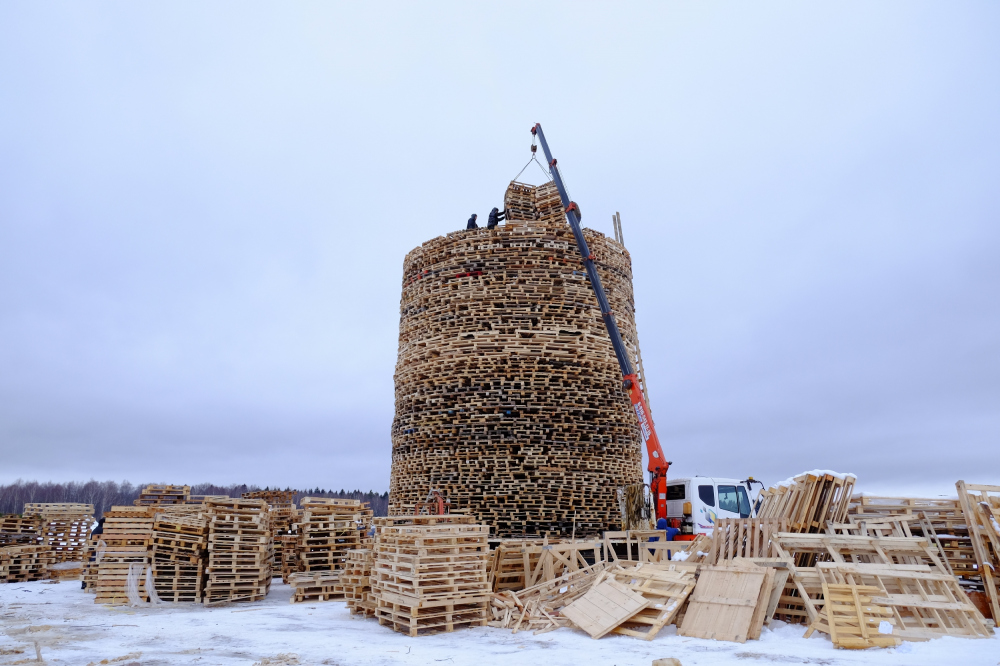 The construction of this particular Bastille took a month and a half; and it was built of pallets, the favorite material of the modern artists and expo designers. When viewed from beneath, the tower looked uneven, resembling some kind of rough stonework. On top, it got large evil-looking battlements, and, especially if viewed from a distance, resembled a lot of castles, for example, the Milanese one, especially when backlit at night. Basically speaking, while “Gothic” was elegant, labor consuming and tall – 30 meters high – the 20-meter Bastille may probably be regarded as an example of getting a large object by simple means, a mimetic object that is not abstract at all and that looks very much like its prototype. But then again, the very burning process will hardly be any shorter (or, possibly, even longer) than that of its predecessor’s, thanks to a slightly greater density of the material, boards used instead of wicks, and the abundance of openings. 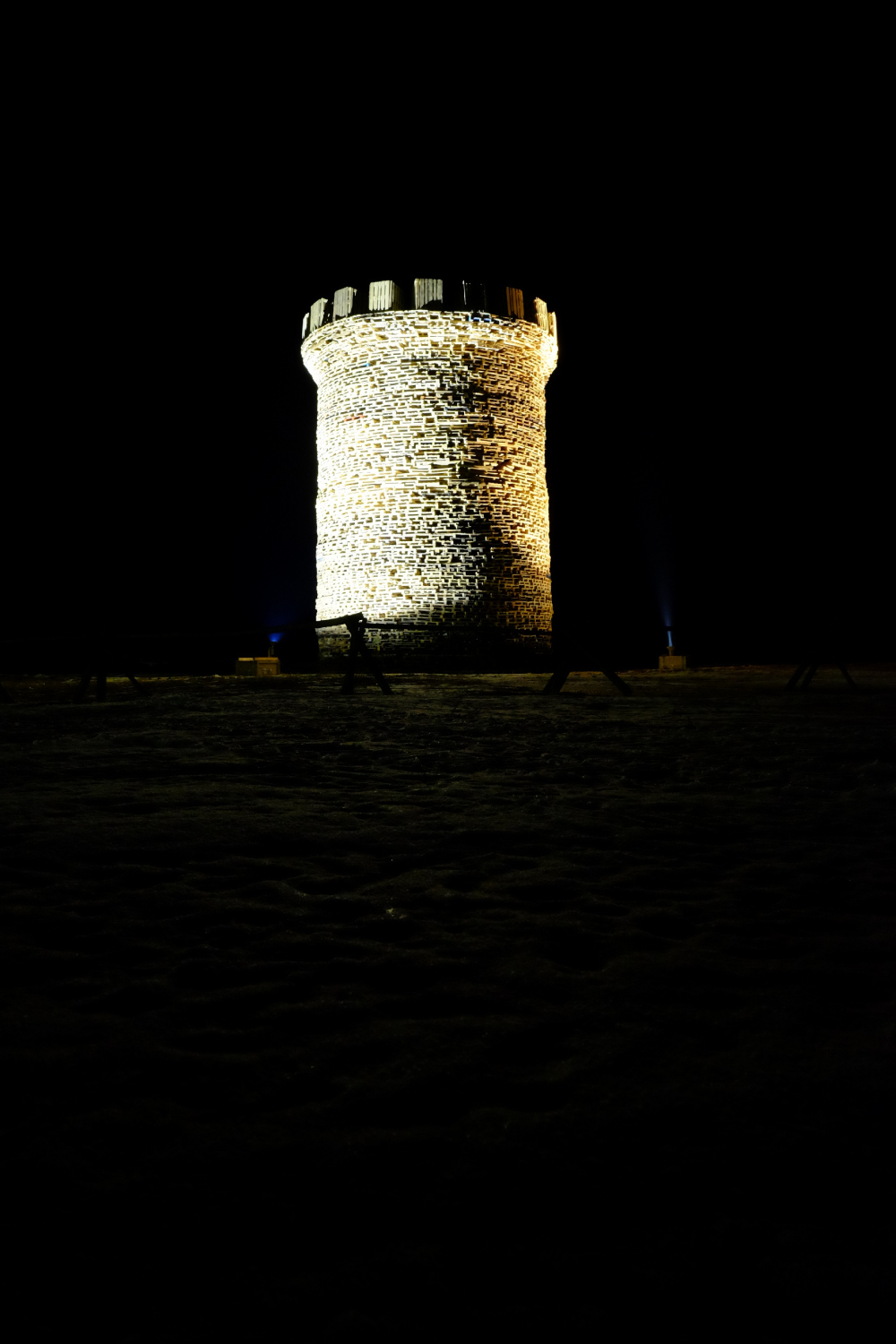 The burning ceremony was led by the performance artist German Vinogradov; it took place on the 9th of March.
Text by: Darya Gorelova
Translated by Anton Mizonov