On the threshold of "Zodchestvo" trade show, the leader of PANACOM Bureau speaks about the peculiarities of our time. 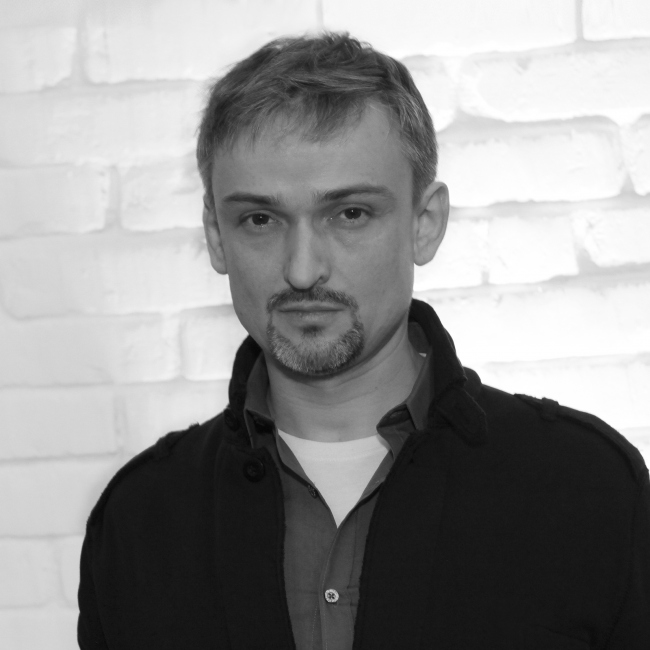 At the international festival "Zodchestvo 2015", within the framework of "New Urban Construction" contest, the architectural bureau PANACOM submits for the judging panel's consideration a project of an out-of-town residence area located down the Novorizhskoye Highway. For Arseniy Leonovich, the chief architect of PANACOM, the participation in this contest became the starting point of meditating on the topic of urban planning projects and residential construction during the economic crisis. Arseniy Leonovich has the floor:

I would call our time the epoch of paradox. For example, in spite of the economic and social crisis, our country is building a lot of residential projects. True, most of these projects are in the phase of completion but there are also a lot of new projects that are only entering the active phase.

So, there's a paradox for you: expectedly, most of the construction work must come to a standstill but we see nothing of the kind. New and old teams are entering the market, and they all want their share of it. The competition is getting ever tougher. Everyone realizes that once you let loose, your place will be immediately occupied. It's like we are all in a war or in a sport contest. The architects and the developers are forced to react to the changes in the market situation, and to adjust to the new realities, however hard and painful this process might be.

And, as for the evaluation criterion of the projects, it is the novelty and the quality of the architectural product. The developers' course of action has also changed. It is obvious that just a few years ago making money on this market was a lot easier. The developers would take the venues that we're advantageous by default (and back in those days there were lots of them) - and charged them with as much stuff as possible. And the "location above all" concept gave you the indulgence for all of your architectural and other mistakes: typological, engineering, and the artistic ones, after all. Simply because these "perfect locations" justified everything: "Hey, you wanted to live down the Smolenskoe Highway, so that's what we're giving you!" Today, however, such "perfect locations" are few and far between, and the city still must grow and develop in all respects. This is why the construction rules and regulations, to a large degree obsolete, are changing, and the urban environment sets forth new requirements. Today, everybody wants to have more parking places, more green parks, more children's playgrounds, and more recreation areas. Furthermore, the social organization of the territories is to a large extent influenced by different media - including social networks! This is how it used to be: you come, you build it, you sell it, and that's all there is to it. Today, however, there is an ongoing customer feedback, and if something goes wrong the whole world knows about it before long. So it stands to reason that the construction companies become more transparent and more socially responsible - which, of course, is a plus.

If we are to contemplate the "crisis" situation per se from the consumer's standpoint, then we will see at once that the consumer is literally fought for. Marketing is growing ever more sophisticated. The start of a new project is preceded by a number of serious surveys that cover everything - from the target group analysis to what specific trees must grow on the yard. Today, unlike but in the recent years, you cannot just build "bare" concrete square meters - you will not be legally allowed to do so, and no one will ever buy your product either. Now what you need to do is take these "sugar cubes" and make out of them tasty sweets in fancy wraps, packing them into beautiful-looking boxes and slipping inside a pamphlet with a brand legend or mythology of this place. Ultimately, the customer gets a whole package of services that includes the basic lifestyle (urban or rural), the adequate social environment, the appropriate infrastructure, as well as the landscaping and the territory design. So, while it all used to be about the square meter, now it is all about the lifestyle that the customer will get for years to come. This is why the customer is making significantly more rational choices than he did 15–20 years ago.

Generally, the number of proposals, formats and typologies of apartments has grown significantly over the recent years. Take the basic option, for example - the economy class housing. Not so long ago it was immediately followed by the "business" format which was already the "hot stuff", and "business" was topped by the coveted "elite" housing. The recent years saw the advent of "comfort" and "comfort plus", and "business" looks a lot more modest next to "business plus". "Premium class" appeared. Meaning - the overall improvement in the housing class lead to more rigorous quality requirements in each segments.

The architects have new task before them: they are now forced to look for interesting unconventional solutions in the harsh realities of the market segregation. The entire apartment typology has been shaken: nobody cares now for the standard set of studio, double, and three-room apartments. Our customers now have not only the soviet-time experience but also that of the post-perestroika kind. For example, if a person is buying a new studio apartment, then it's got to be a very large and special studio because he has already had the "regular" one. Now he is either after a corner one, or one stacked with niches, or a loft. For this reason, considering his budget, the customer can get his bearings quite early on, and he can really plan out his life. He has a choice: to get a 50-sqm studio loft, work a lot and come to that place only to get a good night's sleep or live with his family on the same 50 square meters in a differently formatted two or three room apartment.

On the other hand, the choice is still limited. If you, for example, set a goal of making a catalogue of all the types of apartments that exist in the European countries you will get a few bulging volumes, while in the case of Russian apartments it would be but a small pamphlet. And everyone realizes that we live in two different societies with different regularly frameworks and different notions of what is beautiful and what is comfortable. The number of rigid obsolete regulations does not stand up to the realities of today - which ultimately affects the possibilities of the people's choice.
Text by: Arseny Leonovich, Anna Yevstigneeva
Translated by Anton Mizonov