Oleg Shapiro: "At the example of Vyksa, we want to test how culture can make a positive difference in the city".

In mid-June, the city of Vyksa will play host to the annual festival of the new urban culture ART OVRAG the curator of which, since this year, is the architectural company Wowhaus. How and why can this event make a difference in this city? Archi.ru speaks to Oleg Shapiro. 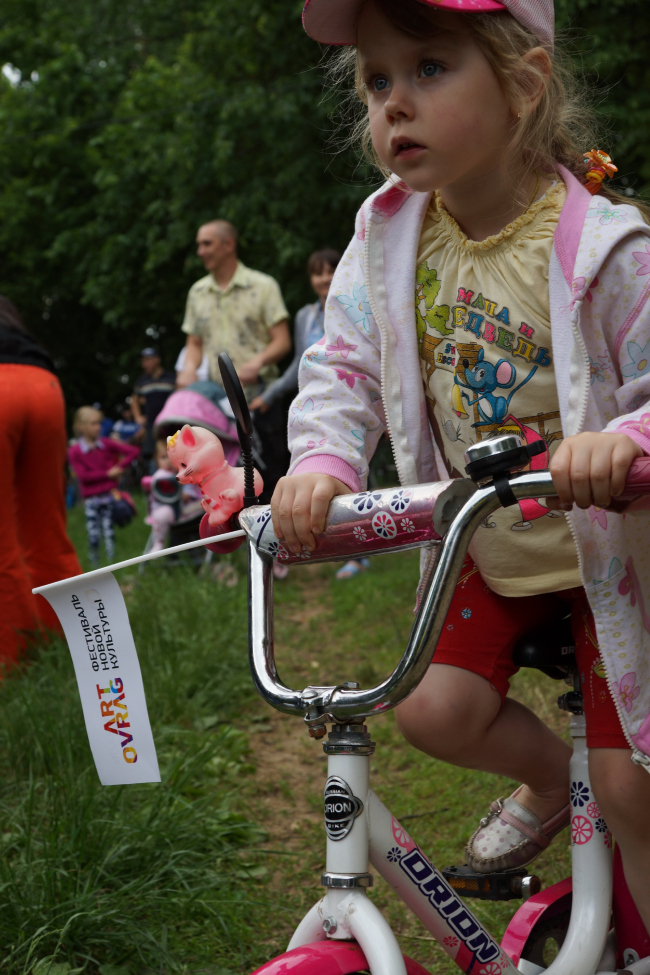 WOWHAUS is widely known for its projects having to do with changing the city environment - but hitherto you have been doing this solely by architectural means. How did the idea occur to make your bureau a curator of a whole festival, and why do you need this?

This is not just any festival, you know, but a festival of urban culture, and already with a certain history and background. This event has been held since 2011, and it features Russian and foreign artists of any genre you can think of - dancers, painters, sculptors, musicians, and the very fact of their being there makes a huge difference to the city. For example, there remain graffiti on the walls of the houses, and there remain art objects in the parks and on the streets. In other words, after each festival the city's face changed considerably, and in this sense its thematic idea and its message are really close to us. The downside of it, however, consists in the fact that up until now this "art-expansion" has been done rather chaotically, and these art objects, for example, stand at casual places, get rusty, and are in need of repair. All this gets neither understanding nor, let alone, welcome from the locals; the festival in fact has always existed parallel to the life of the city without really paying attention to the real needs of its people, and this is exactly why the organizers of the festival - "United Metallurgic Company" - invited us to do some structuring to this "art-invasion" and channel its energy in the peaceful direction, make the festival useful for Vyksa. ART OVRAG festival - just what is it about?

Let's first start from what Vyksa is about, for that matter! Have you heard of this city before? I must confess that until this year I haven't either. However, believe it or not, this is a rather prosperous city in the Nizhny Novgorod region with a population of some 70 thousand people, most of which are employed at Vyksa Metallurgic Plant that is part of UMC. The living standards are also pretty decent: the city features all the major chain stores, there are a few hotels, a couple or so car dealerships, and, I guess, some 20 cafés and restaurants. At the same time, however, this city's location is pretty much cut off from the civilization: the nearest railroad station is a 40 minutes' drive away, and Nizhny Novgorod is two hours away. And, because of such isolation, the city's entire life is centered around the metallurgy branch. For a large part, this is because the festival appeared there: the city was in a desperate need of an even that would be capable of creating some sort of "parallel reality". To my mind, this was a really great solution: it is the culture that can change the quality of life and fill it with a new meaning. In fact, we got interested in this project specifically for this reason: at the example of Vyksa we want to test how culture can make a positive difference on the city.

But how can you test it in but one year?

Of course, one year is not enough. And this was one of our main conditions for participating in this project: WOWHAUS shall be the curator of the festival for at least three or maybe even five years. You also cannot make a significant difference in the city life if your festival goes on but for a few days, and then all the activity dies down for a whole year - and this is why our second necessary condition was that the festival should be accompanied by an extended "off-festival" program that starts a few months before and ends a few months after the event itself. Furthermore, during the year, there will be several festival events - one on summer, one on the New Year's Day, and one, say, in autumn. In other words, under the auspices of the festival we want to bring into Vyksa the cultural policy that will have an ongoing influence upon the city.

Is this your first experience of such "cultural activity"?

We had a similar experience in the city of Tikhvin. There is also a plant there and there are also a few forward-looking companies that employ the highly-qualified specialists and are really interested in making them stay for good. This task is a very complex one, and I must confess that we never did grope for the sure-fire win-win solution. We were asked to change a fragment of the city environment so as to make it more attractive and so as to breathe life into it. But how do you go about creating a groundbreaking new environment? Build a new street, a park, and a few show cafés? In this sense, the festival presents a far more sustainable model of programming your city environment. What are your main principles of "re-formatting" the festival?

In the perfect world, we would like to make the festival a synonym of the city life, its essence. This is exactly why, by the way, we decided to give it a new name of "New Urban Culture Festival", and not just "New Culture Festival" as it used to be called. Speaking of the principles of forming its program, I would like to single out a few important points. First of all, it is efficiency. The effectiveness of the tools that you choose for achieving your goals is more important than the curator's or other organizing committee members' tastes. Second of all, it is the continuity - it is very important to us that we do not start "from scratch", and we have every intention of supporting both the already-existing traditions and the traditions that were formed at various festivals of art objects. For example, our cost estimate already includes the expenses for restoring a number of graffiti and park sculptures. And, of course, flexibility and practicability: we need to have the courage to give up the decisions that we made if they do not work, and not so much entertain as really make a positive difference in the city's life. The main goal of the festival is the development of the city environment at the expense of creating the conditions for implementation of the city people's social initiatives who are to turn from passive onlookers into its active participants.

It is not a secret that in the city of Perm, for example, the art invasion initiatives attached only young people, if anyone. The rest of the people remained deaf to these innovations.

We really want to avoid going through the "Perm effect" again. Actually, for the past three years, the festival developed precisely on this scenario. Right now we are trying to find common ground with the city - the yet-unofficial name "Vykhod v Lyudi" ("Going Public"). One of the first practical steps in this direction became the "Art Yard" whose curator is Anna Schetinina. During the month, the people of Vyksa select the yards that they want landscaped, then the curators collect these proposals and the judging panel selects two yards that will, in the course of two months, be landscaped by the architects together with the city people. We also invited "Field Design" studio - the architects Vlad Savinkin and Vladimir Kuzmin will create a multipurpose environmental object whose area, size, and location will be defined by the city people. "Pro.Dvizhenie" will make a few metal objects that meant to remind the people that here, in Vyksa, there is one of the Shukhov Towers, while Oscar Mamleev will conduct a seminar on studying the environment by the results of which the young architects will prepare an exhibition dedicated to the possible strategies of the city development. And will WOWHAUS do anything in Vyksa as an architectural bureau as such?

For now, we see our main goal in activating the various creative powers in the city. Specifically for this reason, we appointed co-curators on every branch of the festival - music, architecture, street art, dance, and even street food. But then again, the landscaping of one of the yards is done under the supervision of one of our architects. Also, our people develop the kids program within the framework of the festival. With time, we, of course, will come forward with a few specific suggestions aimed at "re-programming" the city environment. For example, the many-times-mentioned art objects obviously need to be tied in with some sort of a walking route. There are also great ponds in Vyksa but their banks are in a neglected state, and we, of course, are going to try and figure out what we can do to them. Generally, I sincerely hope that with time more members of our studio will be involved into transforming Vyksa. But then again, the ideal scenario of developing the Festival will consist in the fact that it will not need Moscow curators at all.
Text by: Oleg Shapiro, Anna Martovitskaya
Translated by Anton Mizonov