To build a town-garden is a classical dream of any architect. It is well-known that this theme was favorite in 1920’s among avant-garde masters – just remember Mayakovsky lyrics. Yuri Vissarionov presented his own vision of this dream in the town-planning concept of Zarechie territory.

The site is near Odincovo, right after Moscow Ring Road, between Sokolovsky and Borovsky highways, and also between the two villages – Meschersky to the south, and Zarechie to the north. Nowadays, this place is a mix of empty spaces, industry zones and retail centers. According to Yuri Vissarionov’s design it will transform into a “town-garden”.

Must say, the area has all the needed for the transformation. Nearby there begins the Bakovsky urban forest with remarkable in many ways Mescherskoe Lake (swimming is permitted there). There is a small fir tree alley left surrounded by the empty areas – it will be included into the landscape of the new district. The northern boarder of the territory is marked along the course of the “forest spring”, this sounds quite ecologically – nobody ever took notice of it before. The spring gives water for a number of small ponds, one of which is on the territory of the future district, and another two are inside the Moscow Ring Road. Well, the site is worthy. But there is no good without bad – the noisy main road is close and there is another difficulty – a considerable relief difference, up to six meters.

The architects tried as hard as possible to isolate from the road. Streamlined glass office centre is most close to it. To the existing retail centers will be added sports and health complex and turned into “buffer zone”. To protect the district from noise the architects planned to build a long and tall house-wall along the Moscow Ring Road. It will unite the function of noiseproof screen that will separate the “town-garden” from cars rush and of most elite and costly residential building also protected from noise with the help of the most advanced technologies.

Protected by the residential “wall” Yuri Vissarionov designed an artificial multi-level landscape with recreations, walk paths and grass and trees, where naturally put residential buildings, which heights in steps become lower towards urban forest creating the effect of gradual blending the district with greenery. Surprisingly, here in low levels buildings like townhouses will be cheaper apartment.

All the houses are along the key communication lines. The cross axis that is the main pedestrian street starts from the large entrance “arch” on the side of Moscow Ring Road and ends by the child’s centre by the urban forest. This street is inner boulevard-promenade with small shops, cafes an so on. Perpendicularly there is the main transport line, drawing together all cross ways. It will be 2-level: below m underground, there will be a road for cards and underground entrances into the houses; upper is green walk zone. The division of the car and pedestrian levels will be made using the above-mentioned natural difference of relief.

The buildings of the district echo nature oriented design by the variety of its forms. Like in the common structure of the general layout the law of “scenic beauty” is actual, and in composition of separate constructions there is intentional inaccuracy as well as joyful colorfulness. “Sterile” whiteness peacefully lives with colors – blue, yellow, orange panels. Consoles, ledges and cuts also have visually intense game that adds the suburb district emotional atmosphere of the resort. 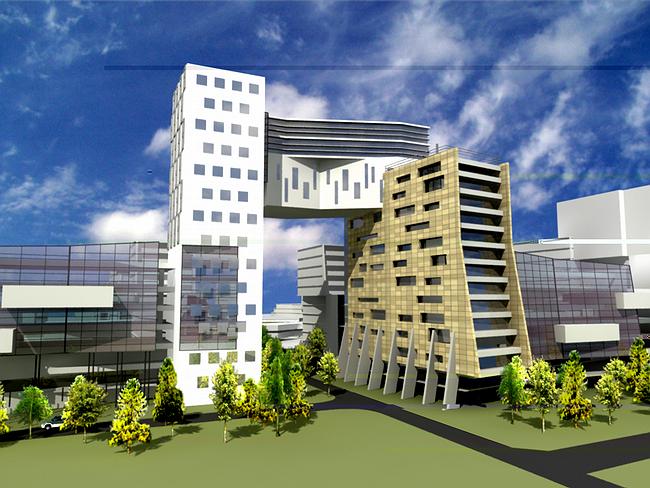 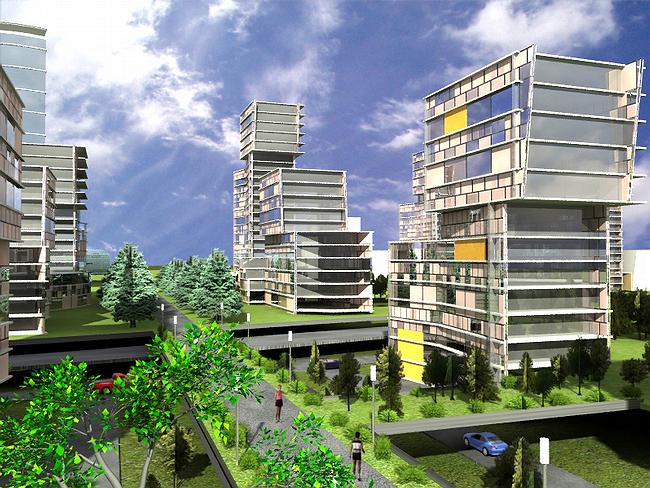 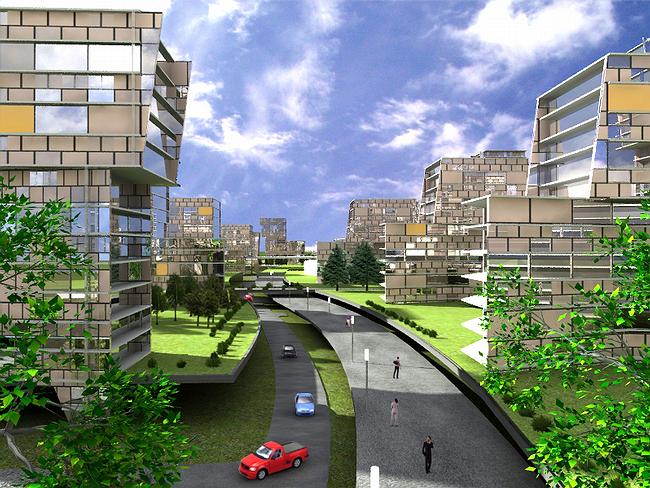 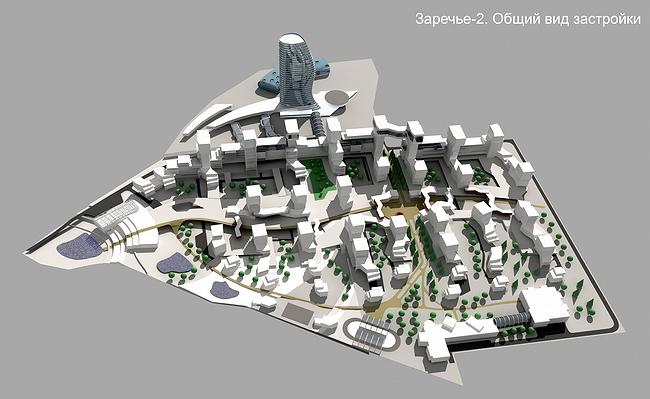 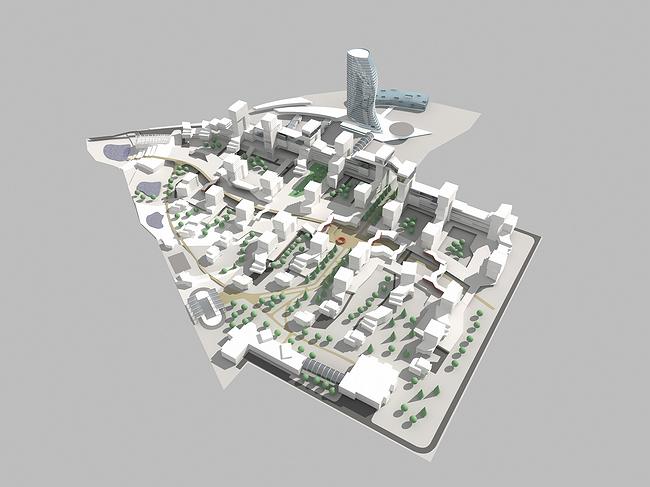