The resort area of Yalta is the place where gorgeous nature and rich cultural context create an inviting atmosphere for any kind of art. Full of historical allusions and many times praised in literature, it remains to be a honey pie for architects. Yuri Vissarionov got into the spirit of resort romantic mood and filled with this flavor the elite residential complex project in Yalta

The studio’s architects took a try to keep the atmosphere formed here in the Soviet period and today it reminds of itself by the buildings of Stalin time classicism. They decided not to pull down one of the buildings on the territory of the former fish-complex, but suggested reconstructing it – exterior outlines and some decor elements will remain, the surrounding of the rectangular inner yard will be cut through by an arch gallery with balustrade. In this fashion the utilitarian building of the fish-complex now resembles a postwar Yalta health centre, at the same time turning into a splendid recreation and entertainment complex – life of the new area will focus here. A few elements of coastal development will also remain – architecture of “small forms” of the second part of the 20th century.

Unlike the regular rectangular project of the former fish-complex, the new houses of the residential area are asymmetrical, highlighted by angular lines of swimming-pools and lawns. And also by rows of the inclined windows – everything, from the outline to a detail, wants to persuade the audience that there are no right angles. If take a look at the residential complex from birds’ eye view, one might imagine a fantastic scene: here used to be numerous mountains, and then over them took off a space ship – the tops of the rocks melted down and became shiny, and at the foot there remained rocks. Actually the difference in texture of the facades, designed in 17storey residential towers, was inspired by the wish to blend it with the scenery – at the top with the sky and at the bottom with the ground and surrounding development. There are also intermediate volumes covered with green-brown metal panels. The rhyme of glass, panels and windows alternate is purposely chaotic, pixel-like, and this makes the reflection of mountainous landscape turn into a considerably enlarged digital image.

Picturesque asymmetrical composition, however, has the inner arrange that considers such nuances as solar exposure, view points, etc. Yuri Vissarionov makes the complex various in height, placing some of its parts onto “legs” and earthing the others, small gardens will be on the roofs of some construction. The residential buildings are oriented so that almost all the apartments from wide balcony-terraces have a view to the sea and mountains. The area is large and its infrastructure zone is quite developed: from the south side there are shops, and from the north – there is a sports and health centre, which can be used also by the nearby school. Under them there is a part of underground parking, and rest of which are built along Sverdlova street fitting into natural differential of the relief.

Probably tradition of Yalt parks and famous health centers made pay special attention to the complex territory greening, creating different kinds of ponds (also asymmetrical), stairs, viewing platforms, branches and other necessary elements. This classical set also maintains the atmosphere of the Yalta resorts. Such life has definitely a charm – comfort of the latest civilization achievements is combined with the unique Yalta seaside color. 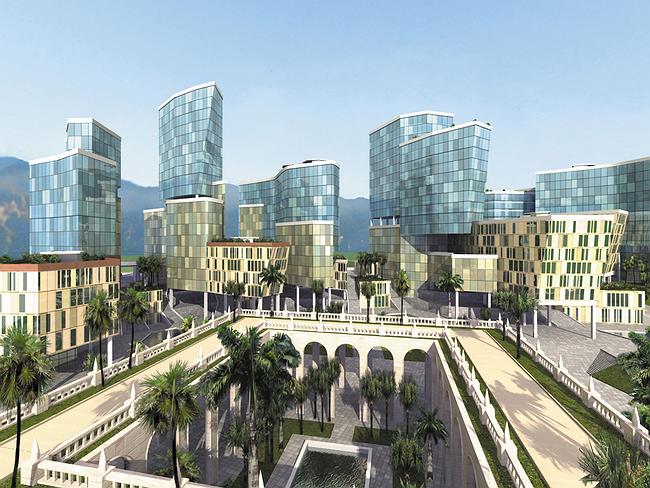 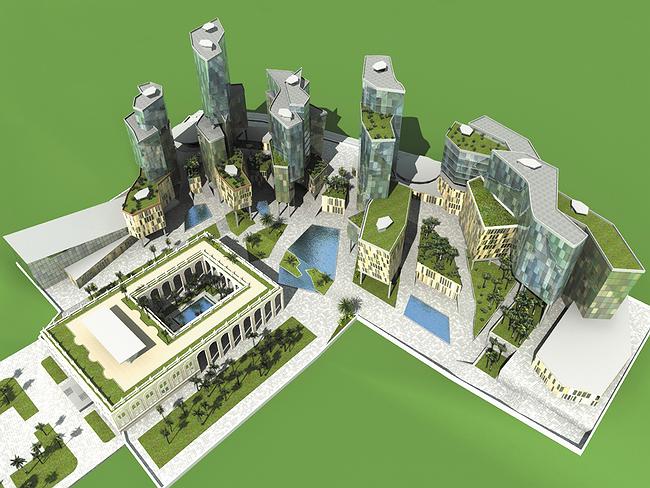 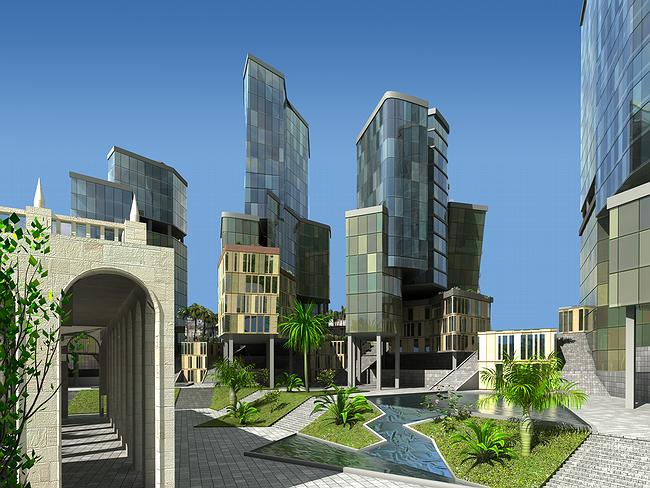 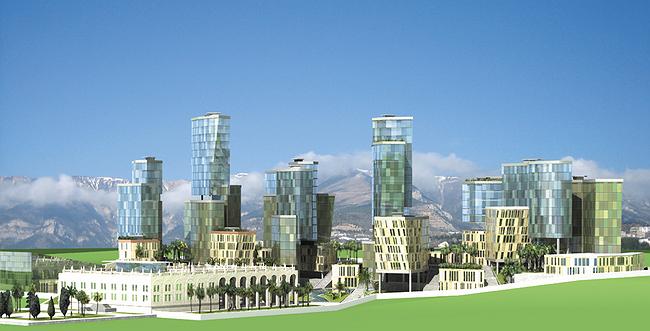 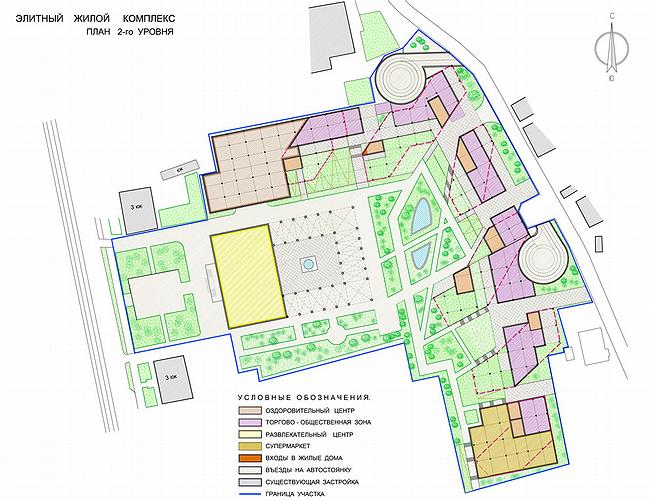