The company Homeland Group worked together with the French bureau AREP and Setec in the development of a master plan for the innovation center Skolkovo. Homeland Group adapted the ideas of their French colleagues to the Russian reality.

In February of 2011 the master plan on Skolkovo innovation city, developed by AREP Company, was considered the best in the tender for a town-planning concept of ’s first innovation city and was recommended to implementation. As a reminder: French architects have proposed to build a city in the area between Minskoye and Skolkovskoye highways, in the Setun river valley, in the immediate vicinity of Moscow Ring Road, that would implement a concept of an “urban village”. The entire territory of the innovation city was divided into five specialized areas (“villages”), according to the main research areas. The central part of the city was all covered with green planting and infrastructural units. The engineering department was developed by the French company “Setec”, which has been working in for quite a while already and is taking part in agglomeration development project. In May, 2011 Homeland Group Company was engaged in the development of the master plan on the initiative of “Setec”. The concept of master plan of Skolkovo innovation center developed by AREP. Photo courtesy by homeland-group.ru

The main task of the Russian designers was to adapt the project to the existing standards of the country. However, in the end their accompaniment to the project grew into direct and active participation; down to the detailed development of certain areas that Homeland Group carried out in close cooperation with the French colleagues.

The first thing that the Russian architects noticed was the lack of external transport and engineering networks. While within the boundaries of Skolkovo AREP thought out the road links between the five “villages” through, the external connections were left undeveloped. The motor-service between Skolkovo and was mainly carried out through the overdriven Minskoye highway. This is why the French project was initially aimed at the development of public transport, especially railway service. As for the highways and the interchanges, that connect the city with major arterial roads and the nearby settlements, these decisions were left to Homeland Group. In particular, having calculated the possible traffic load, Russian architects proposed to build a number of strategically important interchanges, including the immediate connection of the innovation city with the Kiyevskoye highway and the nearby Solntsevo.

The concept of master plan of Skolkovo innovation center developed by AREP. Photo courtesy by homeland-group.ru

The French architects did not intend the innovation city to have transport on petrol. The inland traffic was supposed to be carried out with compact electric cars, nonpolluting taxis and bicycles. It only seems logical that for this sort of transport the French provided rather narrow streets and passages. However, it contradicted the Russian fire regulations, according to which the width of the fire lane must be at least six meters (about twenty feet). As a result, most of the streets had to be broadened and a number of sections were made in one-line traffic. For those who come to Skolkovo by car with gasoline engine the French architects proposed to build five intercepting parking lots located near the most important hubs, the main of which would stand by the platform Tryokhgorka. The integrated analysis carried out by Homeland Group revealed the necessity of the parking lots’ location correction. Most of them had to be shifted in regard to the boundaries of the environmental protection zones. The solutions concerning the surrounding utility infrastructure were also fully the responsibility of the architects of Homeland Group. Special attention in the project was paid to the territories and settlements adjacent to Skolkovo: in connection with a major new construction there was a threat that they would be out of touch. In particular, the architects tried to take into account the interests of the numerous cottages and cottage communities near the innovation city, and also to keep in mind the large urban settlements Novoivanovskoe located a little closer to . At the same time, the architects tried to calculate the negative effect that these residential clusters might cause to the new city, which is aimed to be most eco-friendly. The experts of Homeland Group undertook a thorough study of the territories and brought out the sanitary protection zones as well as the contaminated areas that need accurate sanitization. The recreation facility in operation on the site of Skolkovo was provided with its own sanitary sewer system and water treatment plants. According to Russian regulations, the architects developed a plan of the arrangement of treatment facilities, storm drains and water wells within the innovation city as well. The innovation city project has certainly become an event for Russian city planning. Tenders that followed the master plan competition and the general buzz around this ambitious project attracted a crowd of prominent architects from all over the world. The company Homeland Group made their own contribution to the development of Skolkovo having suggested a number of practical solutions that are sure to be useful in the execution of this interesting and sophisticated plan. 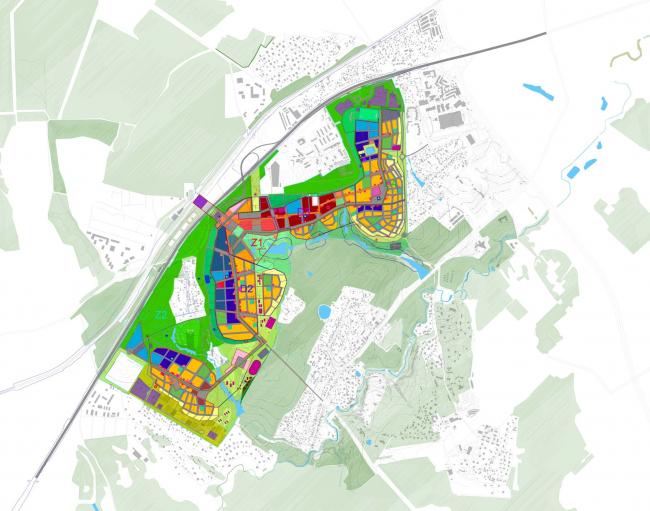 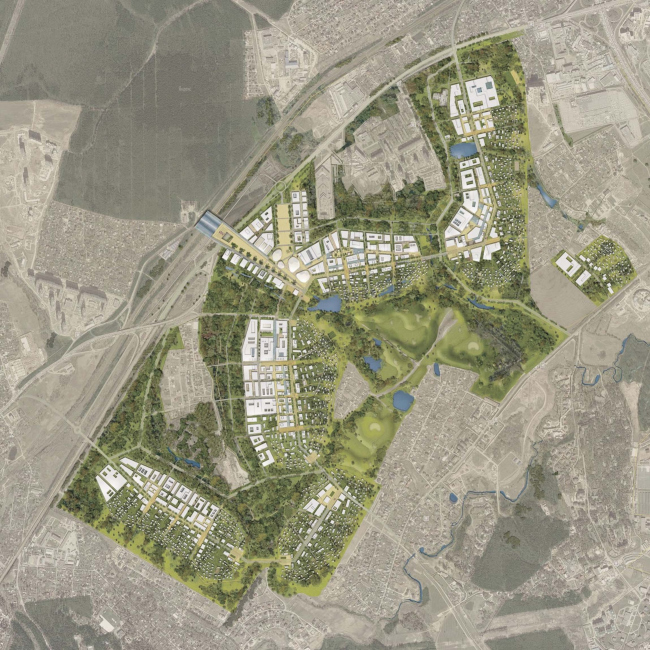