Alexander Skokan: “Any architectural structure grows from its environment”

It will be safe to say that “Ostozhenka” Studio is today one of Russia’s most respected architectural offices that enjoys authority beyond exception in the professional community. Over the 20 years of its existence, it has grown from the general designer of Ostozhenka district to one of the main development contractors of Moscow agglomeration. How it all began, and what the team of this architectural studio is working on today, shares the “Ostozhenka”’s chief architect Alexander Skokan.

Archi.ru: The reconstruction plan of Ostozhenka district that you came up with in late 1980’s, got a lot of positive feedback in the professional community. What do you think was the reason for such a success? Alexander: Back then, we had a very specific but at the same time not typical for those times challenge of restoring the historic environment, this notion including not only restoration of the old mansions and building similar ones, but restoring the housing texture of the district. Back in those days, Moscow architects thought either in terms of separate land sites or in terms of whole quarters, and we, in fact, introduced a third scale by proving that every quarter consists of several land-tenures with their unique boundaries and proportions. Although, at that time, instead of the bourgeois “land-tenure” we would say “town-planning module”, but the essence remained the same – in fact, we sought to restore the original town-planning standards that the cities of old had always lived by. We did not exactly prescribe the construction companies what to build and what not to build on this or that particular site. We, as it would have been put today, defined the housing potential for every site. Archi.ru: Alexander, you are considered to be one of the founders of the “environmental” approach in architecture, and it was used in most of your projects executed in the historical center of Moscow. In recent years, however, you’ve been mostly working in Moscow region. Obviously, working in Moscow region requires different processes, does it not? Alexander: Actually, there’s only one process – fighting the investor’s consuming desire to squeeze the most out of the land plot that he’s got his hands on. Unfortunately, the existing rules and regulations are so vague that there’s virtually no way of stopping the construction companies from doing that. As a result, we are constantly planning more than the land can bear, and a whole lot more than what is needed to create comfortable environment. Of course, we always try to “cut corners” find solutions that make up for this excessive density at least to some degree. For example, the house in the town of Odintsovo – over 180 000 square meters. As a plastic shape, it is interesting – the giant openings, consoles, play of silhouette and color. Who can say, however, how comfortable life will be there? Of course, with a house of such size and magnitude, you just cannot speak about the environmental approach. However, even in this case the architect can and must think of how appropriate this or that solution will be – I am positive about that. This house, for example, was designed as one of the first in town, on the entrance way from Mozhaiskoye Highway, like a capital letter of sorts. And it is OK for the capital letter to look striking and even sophisticated – even though we follow not only the logic of the location of the object, but the shape of the land plot as well. Any architectural structure grows from its environment; it is determined by the size of the site, by the insolation factor as well. Even if this is a monster, it should be a monster that fits this particular place. So, my approach to planning has virtually remained unchanged – you take into account all the circumstances that have to do with the place, time, and the situation, the time and space context. Archi.ru: Generally speaking, do you think that the “environmental approach” is still current, still up-to-date? Alexander: The environmental approach is based on the idea that the environment is more than just architecture – in fact it is the surrounding life itself. We never were into designing exquisite things that would get rave reviews from the guys that write them – we just wanted to create space for life. Right now, on the other hand, it seems to me that the environmental approach has become more of a political slogan and a convenient excuse for the bureaucratic system to justify its complicated approval-obtaining system. Plus – now it is the designer approach, i.e. planning exquisite things that steal the show in this country, regretfully. Personally for me – and I will repeat myself here – it does not seem like much of a positive solution. Of course, you can make a great motor car that will look great against any kind of background, both historical and high-tech, but a building is a different matter – it is conditioned by its place. Archi.ru: Do you think, generally, can there be too much of modern architecture? Alexander: Of course, there can! The notion of good measure still applies. Besides, a modern construction must be of impeccable quality to earn the right to stand in the historical surroundings, and the question of quality – not even design, but the actual execution – is still the sore one in this country and in this industry. Unlike their western colleagues, Russian architects cannot affect the choice of the contractor and the construction materials, and the so called “field supervision” is rarely anything more than just two words on paper. In fact, our responsibility ends at the stage of submitting the drafts, and, if are unable to work out and then control the details of the project – it is a lost cause.
Text by: Anna Martovitskaya
Translated by Anton Mizonov 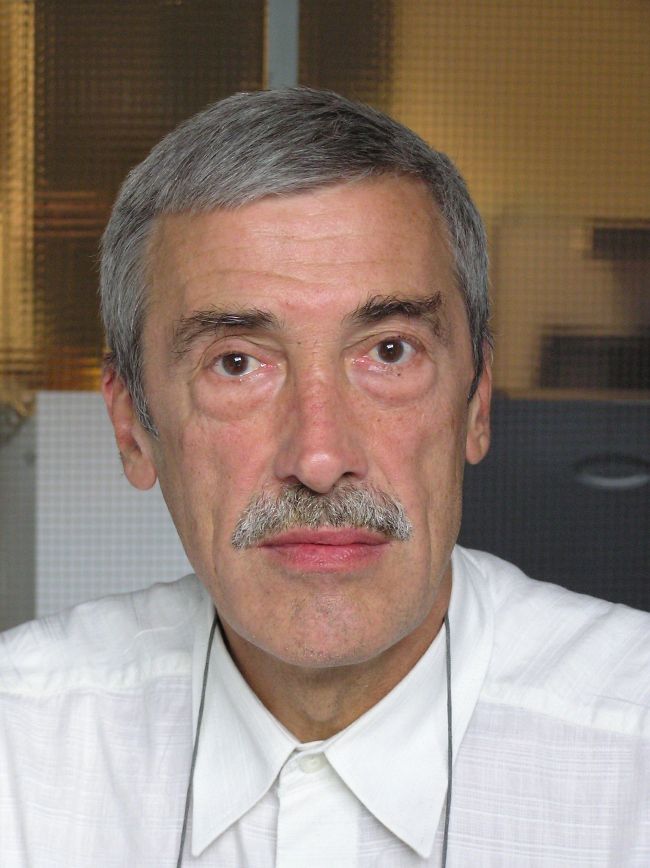 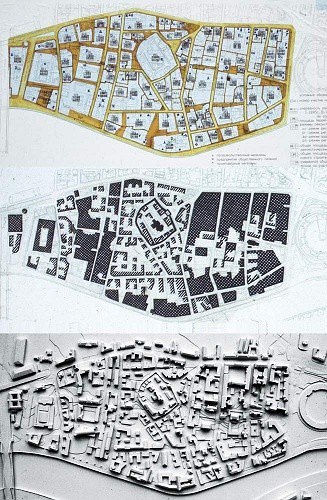 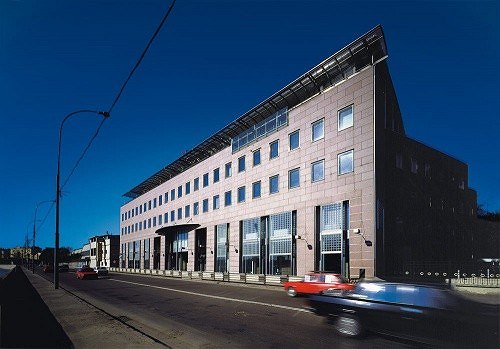 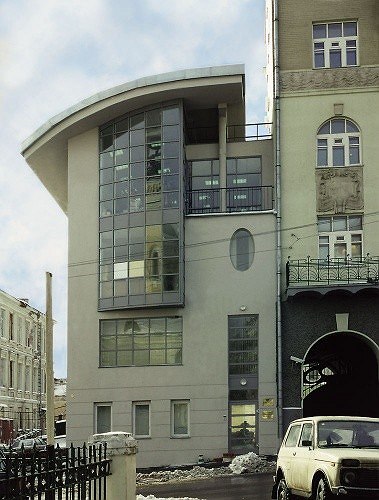 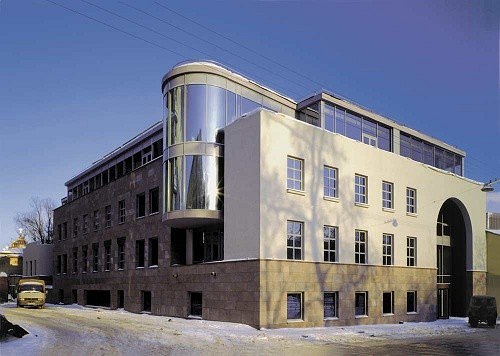 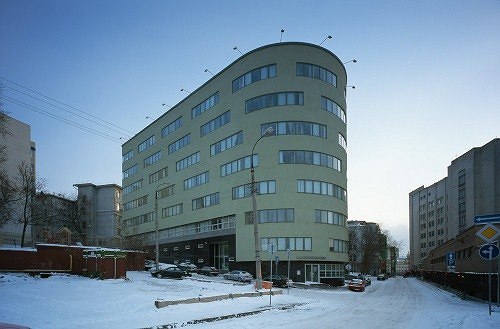 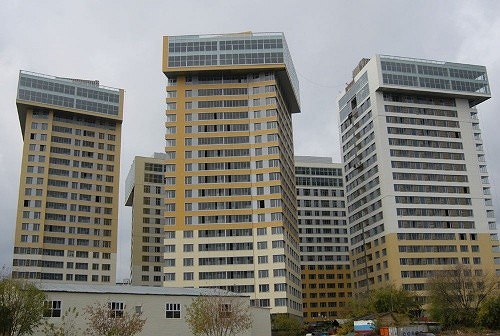 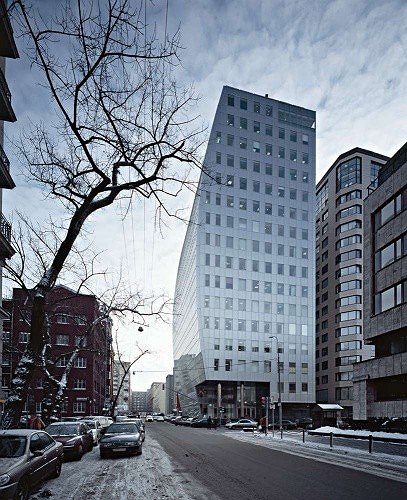 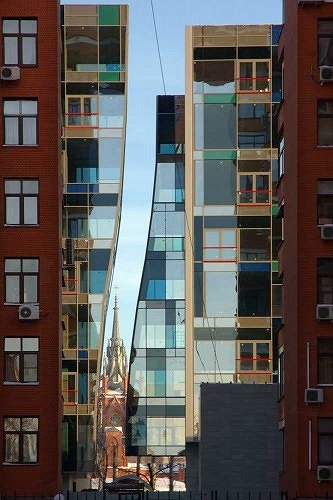 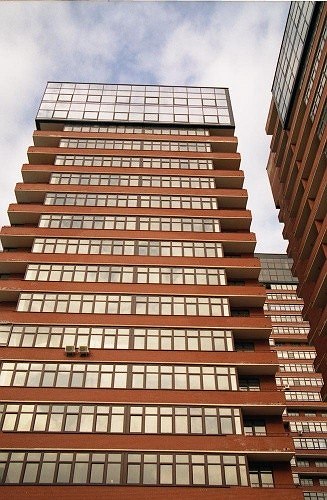 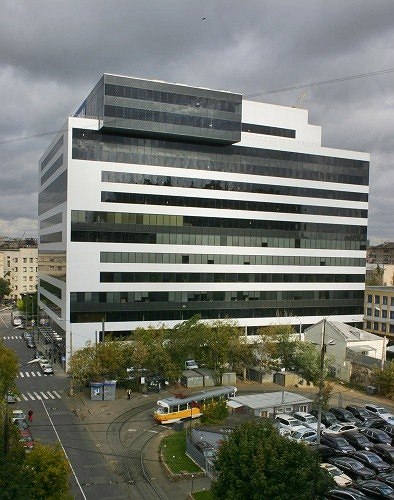 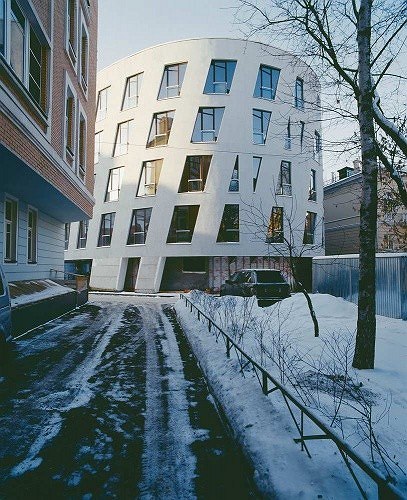 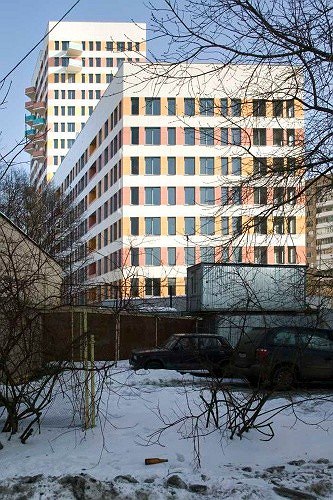 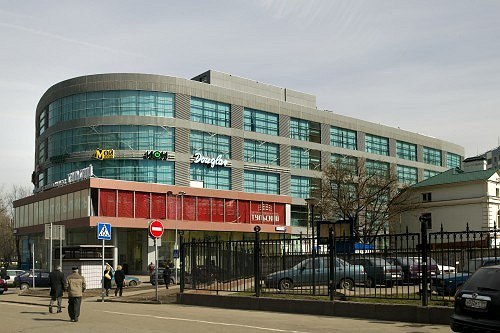 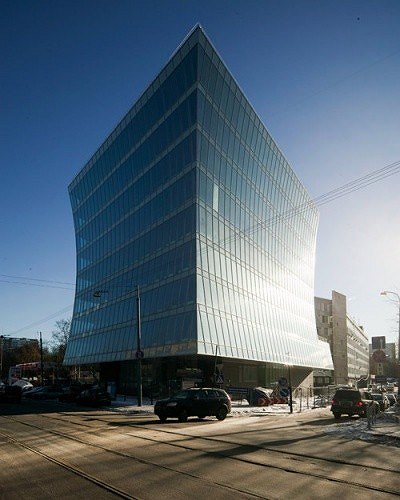 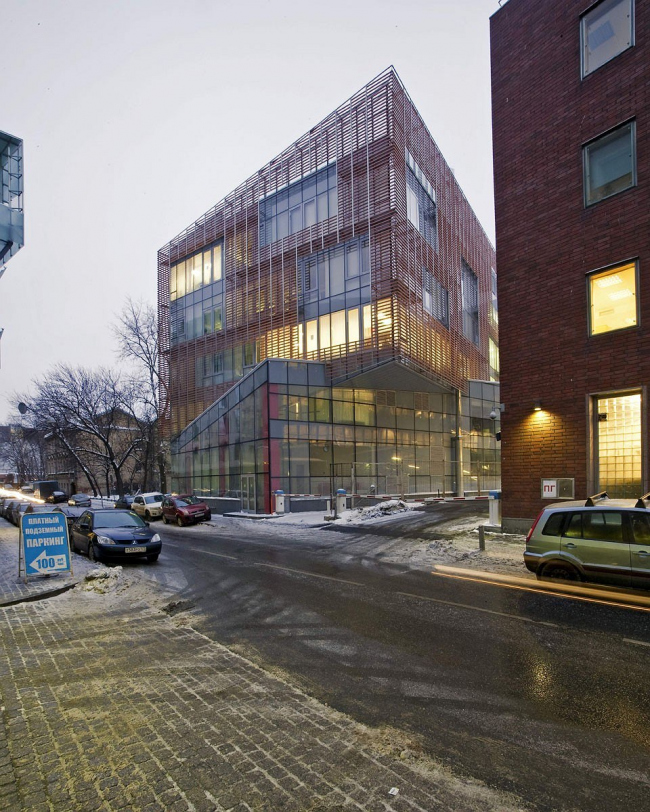