Gold section: a cut in a new format

«Gold section» which is opened now in the Central House of Architecture, certainly it is necessary visit an exhibition of applicants for the premium: the cut of the architecture which have grown on building boom of last years, has turned out to be beautiful. It is certainly a merit of architects, but in not a smaller degree - the organizers who have solved on changes of a format of carrying out of review-competition. The organizers have kindly informed the correspondent of Agency of architectural news the structure of the jury of the premium which will define winners of "section" this year

At the exhibition of review-competition «Gold section-2007» it is possible to see all the works of the participants submitted on the premium. Simultaneously there is a voting for drawing up of shorts-leaves of the premium - those who will get there, will be exposed in White hall of the Central House of Architecture in April. Then, on April, 19th, the sixth premium will be handed over which history as a whole totals 12 years as the award is awarded alternate years.
Today's «The Gold section» is reformed much: first of all, the process of the selection from two-level has turned in to the straight line, enough simple and clear. The premium still is given each two years, but award now keeps within some months.
Earlier two lists of nominees were made annually, and a little later, among them the winners were chosen. Now two-gradualness was kept, but has got recommendatory character: one commission, «Jury of review » now is busy with the shorts-leaves of the premium in which after voting by secret ballot will get on 10 works in each section (construction, the project, the publication). However if some participants will type equal points the number can be increased. Winners, however, in April will choose not necessarily from shorts-leaves, and from the general list of participants - differently, the main thing of jury, «Committee of the premium», is not limited by rigid frameworks, it can be guided by opinion of the first, and can be not. Accordingly the work of the first jury ("advice") influences the one whom will award with diplomas of nominees, and the decision of second ("committee") - names winners, and among themselves they are crossed in the unessential order, and proceeding from a material. Besides the "committee" is absolutely not obliged to award the final premium, will not be found worthy - inside of one section it is possible to award several equal, and possible – no one. Thus, can be awarded, for example, three constructions and no project or on the contrary.
As a whole the changes can be estimated so: all became easier and clearer, having come nearer on structure to Biennial, now about « Gold section » we shall recollect once in two years, instead of constantly, every year feverishly thinking, what round is it and when there will be a final rewarding. Time between "sections" will be borrowed by the youth premium "Prospect" that is logical. Freedom of a choice and the interaction, presented to two juries too in itself causes sympathy, however it is necessary to notice, that it and imposes the greater responsibility on judges - differently, now all depends on people and the more so more people want to know their names.
The correspondent of Agency of architectural news managed to learn from organizers the structure of the «Committee of the premium » which will define winners. The committee includes winners of former premiums, they at the choice could enter into jury, or be exposed as participants. Into the structure of Committee of the premium «Gold section» have entered Evgenie Ass, Alexander Skokan, Sergey Skuratov, Vladimir Plotkin, Nikita Javejn.
Accordingly, works of judges are not present at an exhibition. But there are many Moscow "masters", in particular, Sergey Kiselyov who did not participate in last "section 2005", Dmitry Aleksandrov, Paul Andreev, Alexander Asadov, «Atrium» Alexey Bavykin, Andrey Bokov, Nikolay Lyzlov, Michael Hazanov - the exhibition has turned out to be beautiful and representative. Here venerable and youngish participants has laid down somehow successfully, the balance between small country houses and huge city houses is kept, and even general "disorder" which speaks about breadth of action successfully alternate, - conceptual Venetian bridge Totana Kuzembaeva in one corner of the exposition is sharply shaded by the pseudo-Russian project of school in the opposite end of the corridor where a temple without windows, and a serf tower all is covered by stained-glass windows. There is a town-planning, there is a restoration, among the obvious majority of modernist projects there is Dmitry Barhina's good classics. The reasons of such suspension of the turned out set of applicants for the premium - partly in progressing building boom, but in many respects it is, certainly, a merit of the organizers, managed to change principles of work of the premium.
It is necessary to add, that this year the participants were collected by means of multimedia system for the first time, now all works can be watched at a virtual exhibition <http: // zs2007.ru/>, in the same place the open national Internet-voting under projects at «a prize of spectator sympathies».
Text by: Julia Tarabarina 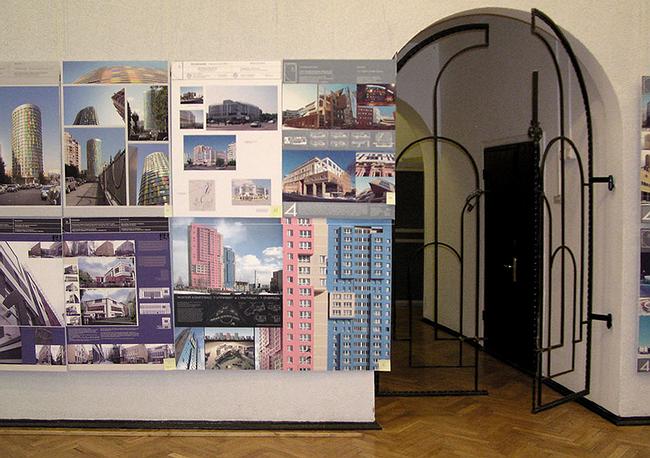 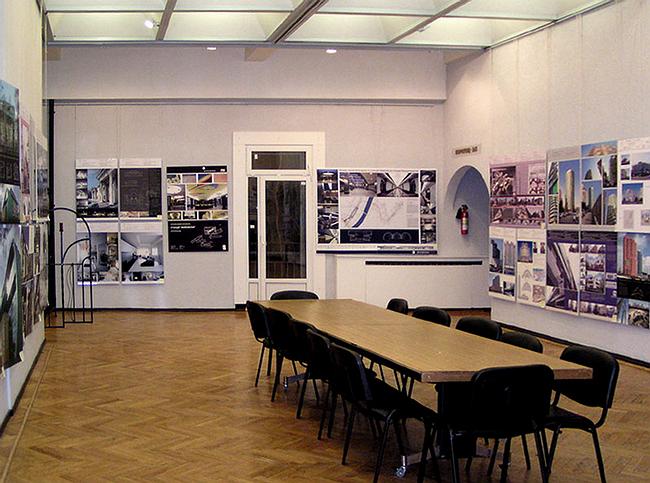 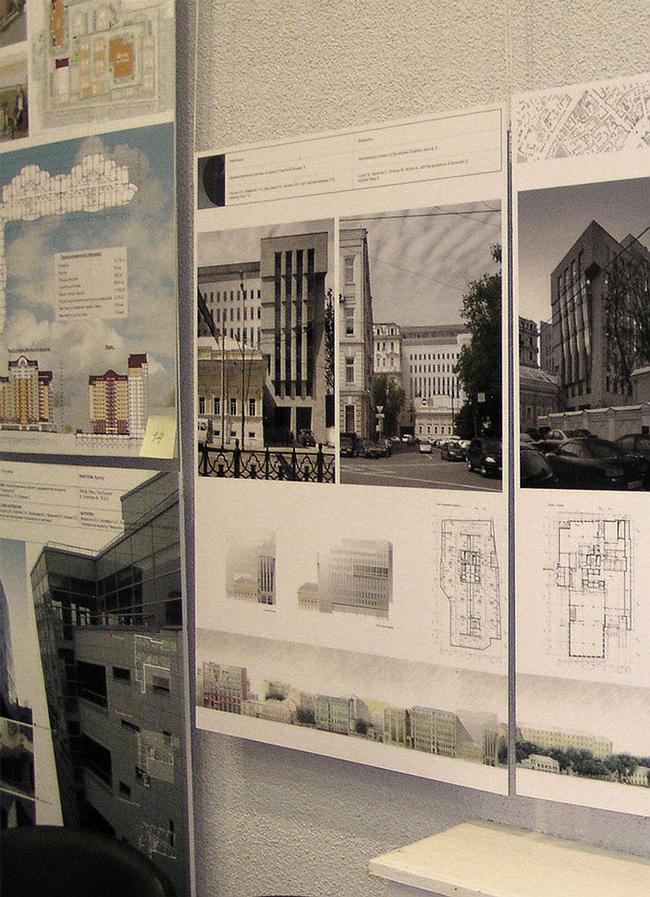 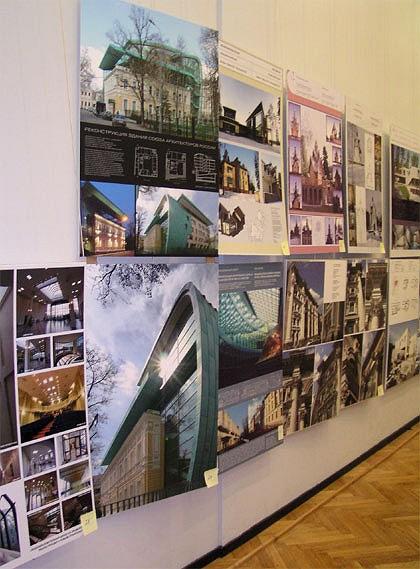