Dmitry Aleksandrov has presented the project of reconstruction of a house built in the period of 20-30s years of the past century which is near to its construction George Plaza.

The beginning of designing was preceded by a simple, but an indicative intrigue. Two years ago Dmitry Aleksandrov has constructed near to anonymous constructivists building new - George Plaza. Then, having inspired by the neighbourhood, the architect has given to new construction the forms directing at memoirs on architectural avant guarde of 20th years. The essay on a theme of avant guarde which, being constructed has turned out to look organically enough near to the neighbour. Now the architect has decided to develop the arisen effect.

But we shall not run forward. So, Alexandrov constructed "George Plaza", partly effected by the constructivists neighbour. The new house has received the gold diploma on the last year's "Architecture", a prize « Qualitative architecture-2006 », became the nominee of the premium «ARX-awards» (a nomination « Architectural realization from a position development »). And after a while absolutely other customer suggested the architect to reconstruct an old one next building, for offices of a class "A".

The house, hidden in a lane nearby to the house of pioneers - not a masterpiece of constructivism, but is nice adherence to simple trues - great tapes of windows are on all facade, the case-box, corridor system where the offices, then scientific research institute which moves were initially placed. From excesses only an accordion of the triangular bay windows uniting two bottom floors, and a round window above a vertical of a staircase. The house consider to be early Jofan (even the author is precisely unknown!). However the structure fascinates more likely not uniqueness, and an accessory, strong, moderately massive, workers'-and-peasants' and plain.

Such it has appeared inside as well - strong, monolithic, not demanding capital reconstruction unlike the colleagues who became known for the whole world. Frames in windows are till now initial. Accordingly all constructive basis of a building will be kept, walls will be warmed up, will replace joiner’s details , will build on an attic floor, will add the underground garage.

The garage which should be brought under an existing building, is conceived originally and economically – there will be only one level, but there will be three cells, «the mechanized parking» will coordinate machines. All together 27 machines will be placed, and some more in a court yard.

After the reconstruction the useful area will increase up to 800 square meters inside in particular, due to built on the new attic floor. Thus, the building will be made even on height with new neighbour George Plaza. Inside some partitions will be taken away, a skeleton will strengthen, will enter metal elements. Two new lift mines will add and will move apart communication blocks. At an external end face instead of rusty fire ladders there will be a vertical number of balconies with metal columns.

Besides equalizing height, still some receptions are called to pull together the reconstructed house with George Plaza. Facades will paint the same color: it will change a little, will become little darken and will turn yellow. The house will receive a grey granite socle, and striped panels on tape windows, having much in common with a diagonal rhythm of windows Plaza.

Old, constructivists’ house is separated from George Plaza by rather narrow travel. Houses already now look as two cases of one ensemble - one easier, constructivists’, another «neo», in comparison with it almost a palace. The history seems to be something country estate: the architect has come, has seen, has made similar to what already was. Then returned to the old house, also have a little reduced with new, it has turned out to be constructivists’ ensemble - probably, the neighbourhood of the house of Tsentrosojuza Le Corbusier which can be seen from the top windows of George Plaza promotes. 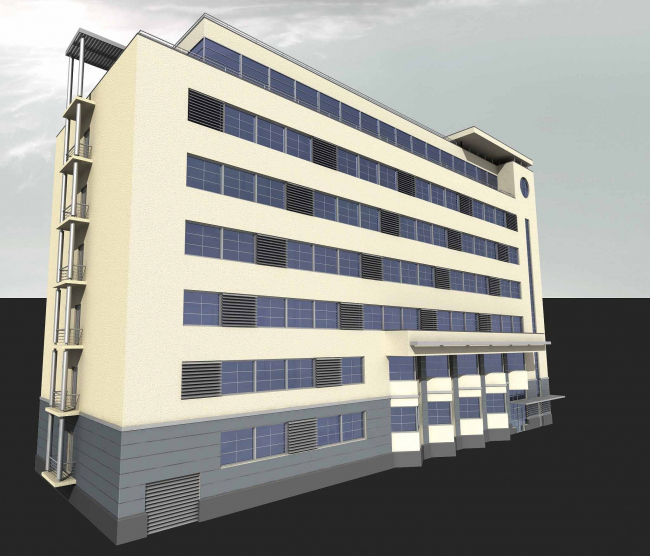 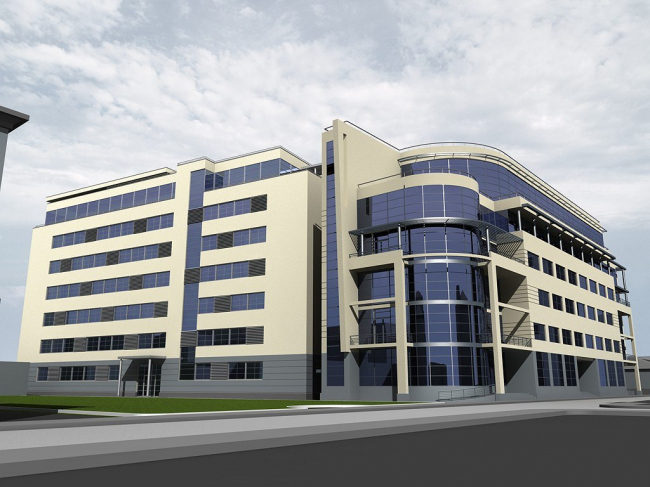 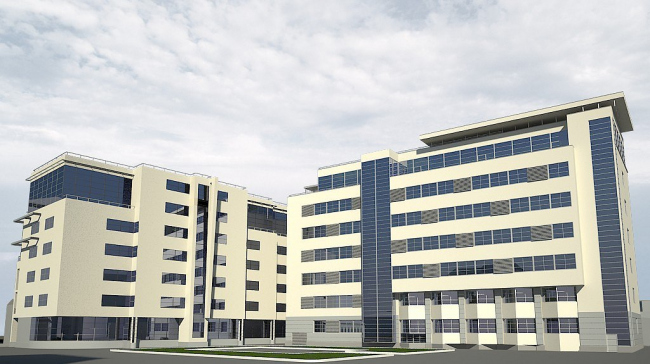 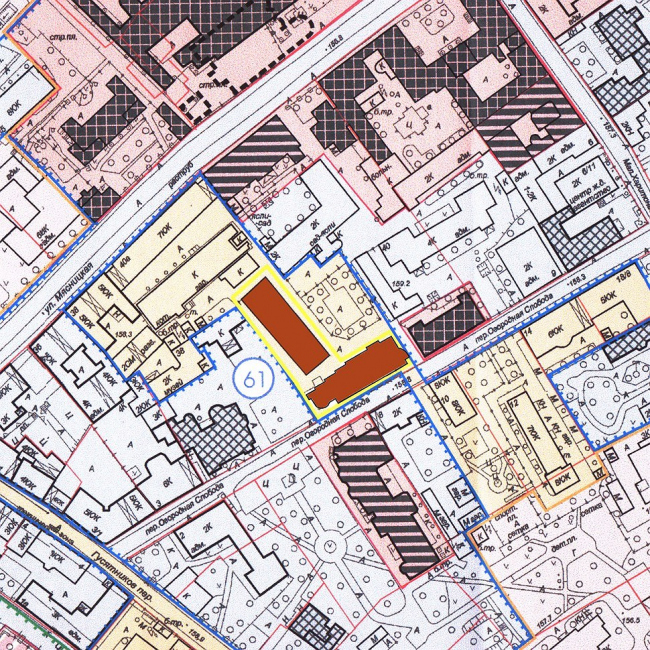