Story of the form

Numerous awards and popularity of the project of flower-villa in Turkey inspired architects from bureau of Vissarionov to experiment with private housing, this time located nearby Moscow. Authors believe the contest project of the house-transformer, a futuristic model of mobile, smart house, was the incubator of the ideas.

A very interesting project of a future house, designed in 2004. It appeared before the contract for the project of a villa in Turkey, and was not showcased at the contest, but gave a number of remarkable methods. Vissarionov designed a house-transformer which one can take anywhere, a kind of car trailer with the basis of the house – some hard chest, you place it anywhere you like and live. Well, not anywhere, because there are only some autonomic engineering systems, such as communication. For the rest, the site must be equipped with everything needed for living.

The house is like an awaken bug, have you seen a bug flying up? In a way, the process of placing the house is bioorganic. Walls like wings go up, air structure of additional spaces is growing, the tough fish-carcass, covered with spherical volumes – something like guest rooms-cabinets. There is shaping a fancy and weird mass of forms made of colourful synthetic materials. It seems and alien owns the house, a self-opening “futuro-tent” full of all kinds of blessings of civilization.

Like any futuristic project, far from “earth gravity” and so giving a great number of uncommon, original ideas, the house-transformer provided architects with interesting ideas for “earth” projects for real clients. Villa in Turkey, mentioned earlier, took hard”wings” with bare constructions like wings of a bug, or solar panels.

For years later, the idea of a unique house moved from warm stone hillside to Klyazma, nearby Moscow. There remained a little from the sea theme, authors compare it with a sea shell, round windows- illuminator, oblique ellipse entries are like marine microorganisms. No doubt the three houses are logically connected. Futuristic “house-bug” beats the air with its “small wings” of unfolding constructions, Turkey villa flies up like Letalin, the house-shell located nearby Moscow half opened its brown leaves showing its pearl glass atrium, the main element in composition of villa. In Klyazma the building is plain and classic in its color in comparison to bright colorfulness of villa, like in Gaudi projects. Fancy shape is the main here.

Play of volumes and the revealed weight, density of substance, characteristic for expressionist remarks of a Mendelson kind or late Le Corbusier, at the same time are combined with hi-tech refinement of thin columns bunch of is so gracefully and carelessly supported by rounded, massive canopy roof and a lighter overhang above the terrace, passing into a small balcony on the second floor. Conglomerate of various effects, from a Ukrainian huts with rounded and whitewashed walls, up to modernist wavy glass, create a delicate and new image.

Must add, the roof is main object, it shapes volumes – out of ground there is growing a white organic form, like a mushroom under its brown cap. Fantastic constructions of romantic modernist style come to mind, they appear like a wood hill, a hummock with alike smooth outlines. The contest house-transformer is light and mobile by its nature, and the Turkish villa metaphorically "flies up" from the rocks, having spreading its ”wings”, but the house located nearby Moscow looks quite well-grounded. It nestled, grown in and covered with a thick skin of the roof which added glass glow and lightness of the atrium.

The house’s facades have different density, and the reason is its location – the largest glass openings view the south side, the arranged coastal zone of the water basin, solid surfaces with small windows are turned to the north with the view to the road. Villa in Turkey is also dependent from surrounding. Intricate arrangement of the house does not show its inner planning. As always, Jury Vissarionov prefers rounded and organic, and in the result the plan looks like a spot of a pond – around the atrium there shape outlines of "lagoons" and "gulfs" of kitchen-dining room, a living room, a guest bedroom and soon. The plan of the second floor reminds a fortress with four bastions of bedrooms in corners, each has a bathroom.

In projects of private houses by Vissarionov are seen well learned plastic lessons of expressionism, spatial achievements of modernism and in some way fantastic entourage of romantic modernist style. However these houses do not belong to a certain style. The only clear thing is that they try not to look man-made, like they are natural, smooth interiors are created by whirlpools or whirlwinds searching the rooms, and outside constructions grow by themselves – like a miracle flower grown on the rocks, or a shell, or a mushroom on bank of Klyazma. 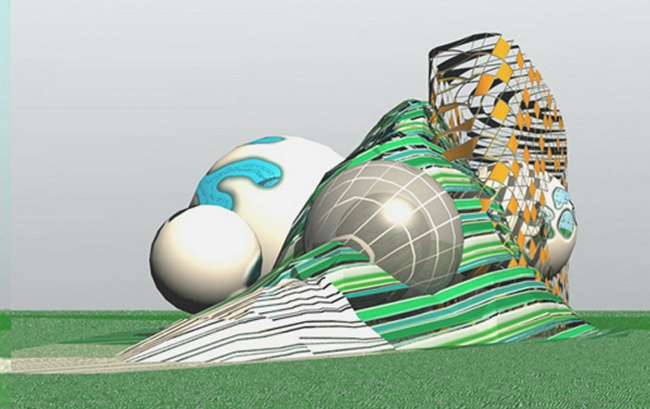 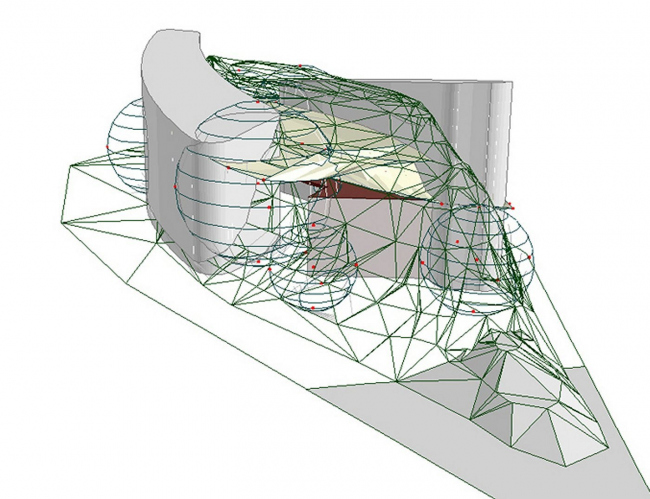 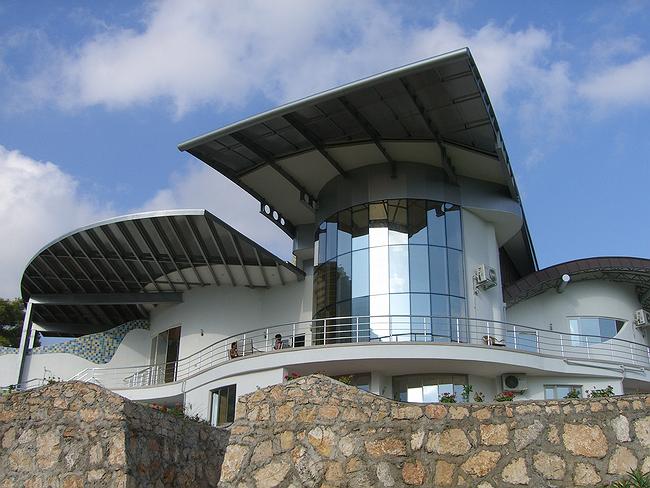 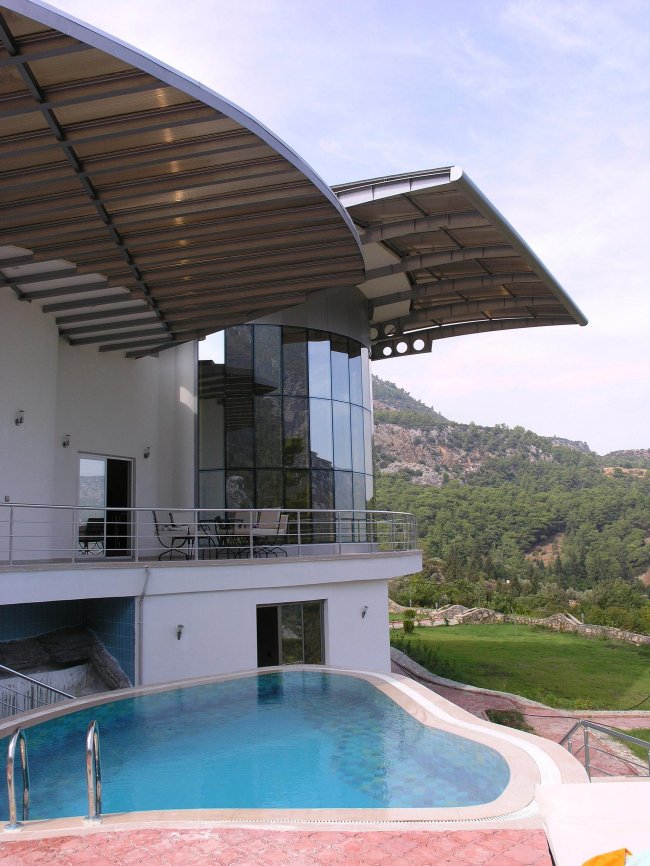 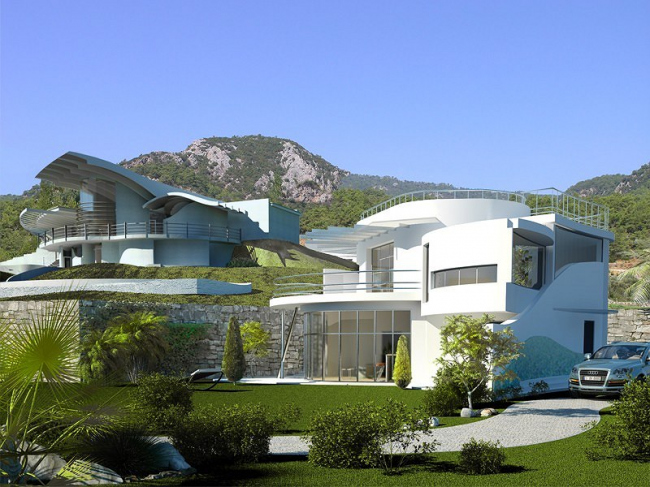 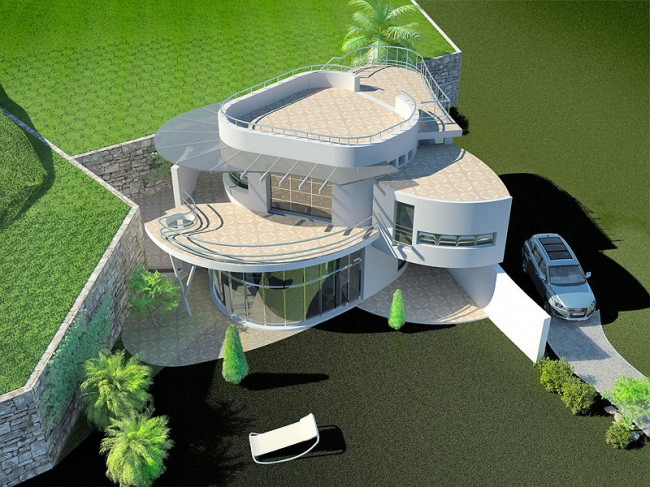 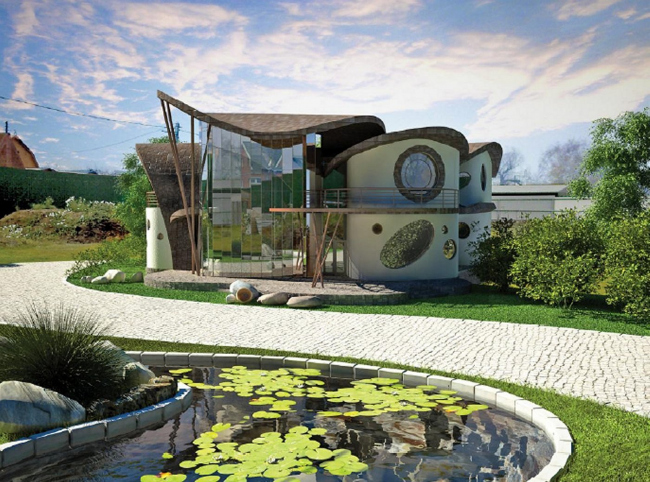 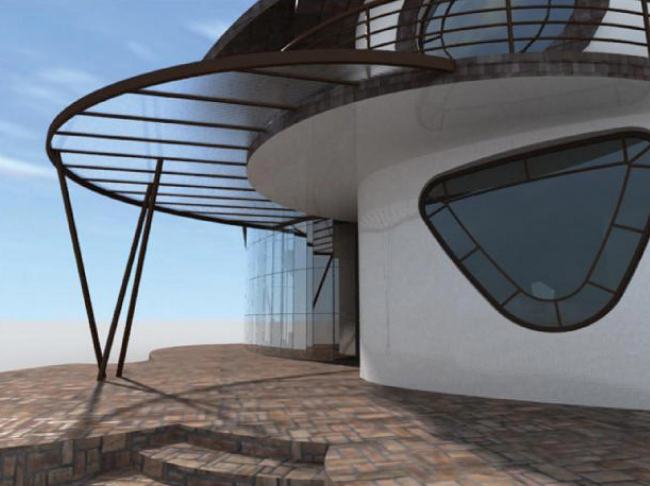 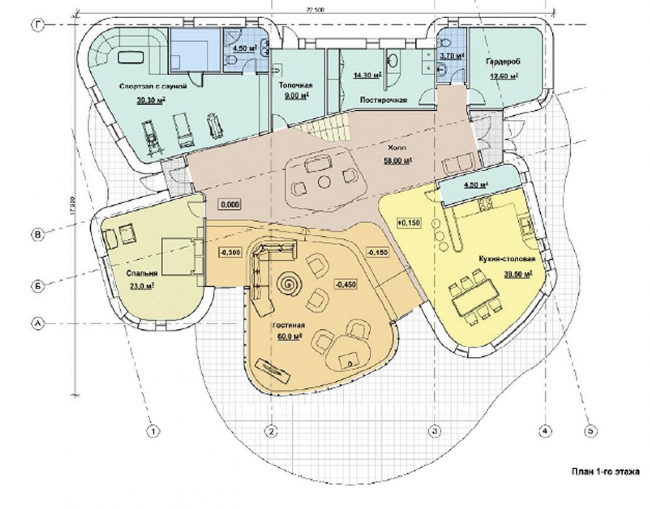 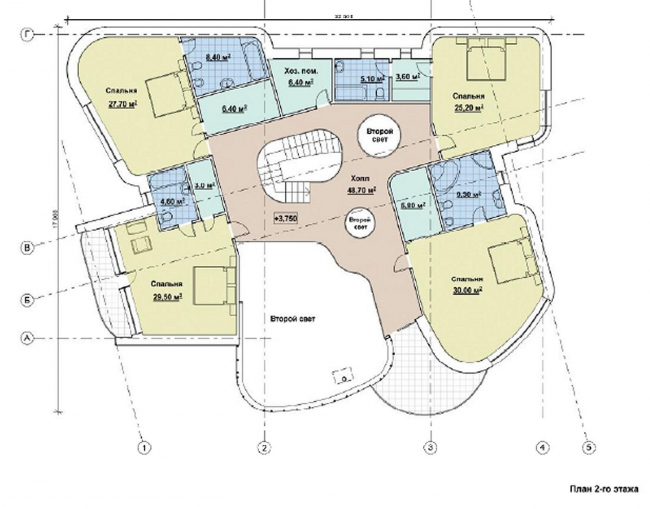 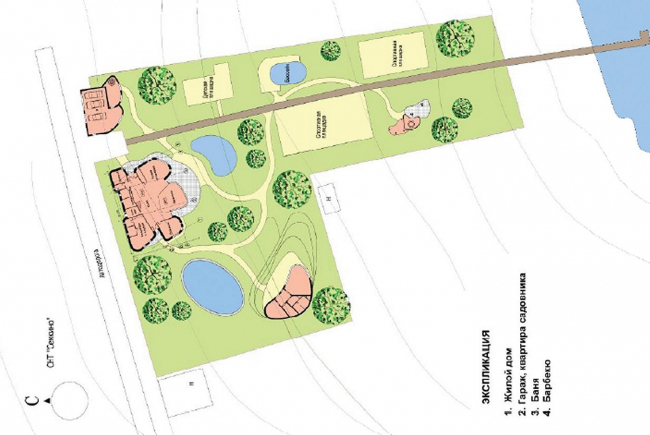