Sochi, the Olympics, a Hotel

On June 5th the International Olympic Committee (IOC) elected Sochi as the 2014 host of the Winter Olympics which means the further growth of the construction boom in this seaside region. One of the projects to be implemented by the time of the Olympics involves the reconstruction of two Soviet-period hotels – that of ‘Camelia’ (1970s) and the ‘Intourist’ built in Stalin classicist style

Sochi has won over Saltsburg and Pyeongchang; quite a few building would be constructed there now. The city has numerous hotels though; many of them are the nice examples of Stalin Palladianism that in Southern Russian had developed in a completely different way from that of the capital. Therefore one hopes that preparing Sochi for the Olympics would mean not just construction boom but also the reconstruction of old hotels and sanatoria.

The project by Yury Vissarionov that we have already reported about combines both trends. Two neighbouring hotels are to be turned into a new complex that would consist of apartments, hotel rooms, fitness centre, restaurants, cafés, and recreation zones. The ‘Camelia’ building is to be demolished; in its place a ‘geological object’ topped with a tower would be made. The new building would remind of mountain or ship at the same time. The contours have lost their softness and became angular; walls got an ecological green colour while the rhythm of windows hints at natural state of chaos.

The second part of the project is concerned with the restoration and development of the ‘Intourist’ Hotel. It was built by architect A.V. Samoylov; the construction works had been started before the Second World War and were finished in 1949. Its architecture has been described in detail by Vladimir Sedov in an issue of the ‘Project’ Classica’ journal.    The central façade that is turned to the seaside is light and decorative; it looks as a dream of Pompeian styles made in brick in plaster. Side wings that connect the central ‘palace’ with the line of cottages hints at Quattrocento, and the façade overlooking the mountains, – at Palladian palaces. The building as a whole was placed into the national heritage list in 2002 but the wings soon lost their status of monuments and one of then has been all but destroyed. The project by Vissarionov workshop suggests that the remaining buildings of the ‘Intourist’ complex would be restored , and a new four-stored building of the same style would be made. 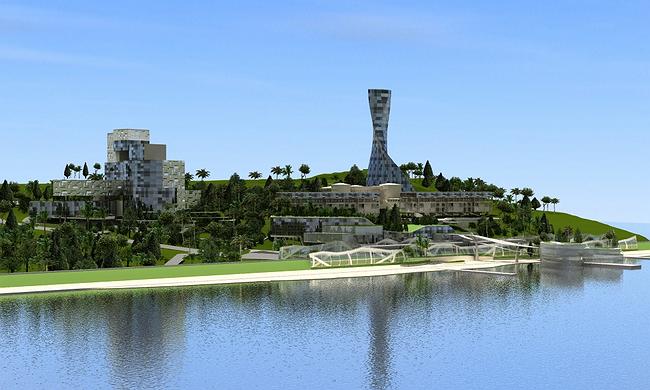 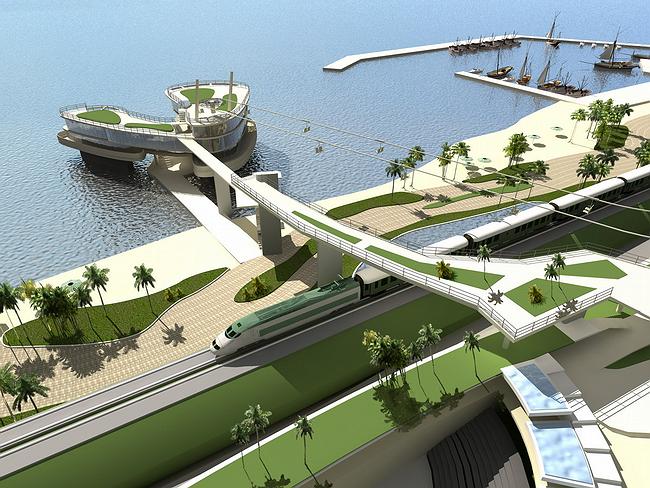 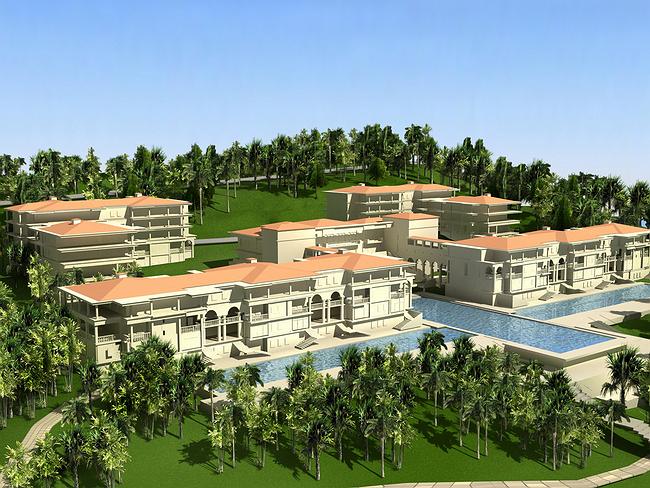 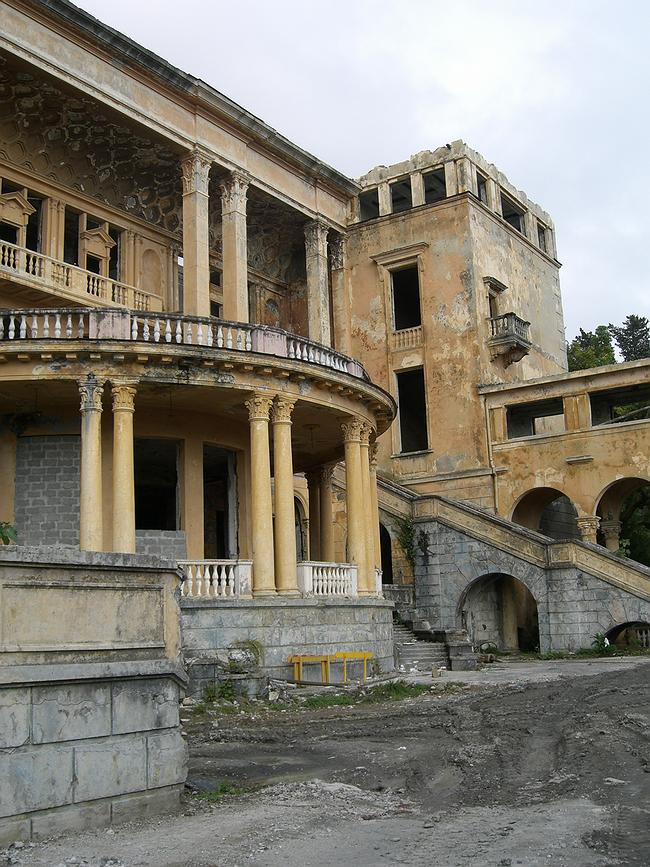 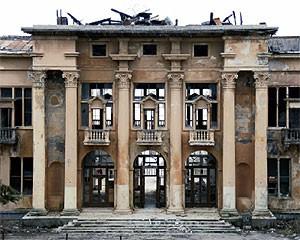 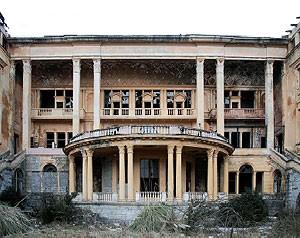