The session of the incorporated expert working group, on February, 15th

The session of the expert working group has considered the projects: houses in Hilkovskoy pereulok ("АБВ"), hotels in Klimentovskiy pereulok, a complex in Spartakovskiy pereuok, reconstruction of apartment houses on B.Serpuhovskoj and buildings of 1930th on street Dobroslobodskoj

The first project which was considered was the business apartment house in Hilkovskoy pereulok possession 5/43 (Open Company " АБВ ", N.U.Biriukov). It is located in area of Ostozhenka in a court yard behind a monument of architecture, so-called house «Мu-мu» - from here starts the long history of the statement. The Original project has been accepted by height of 18 meters, and now it is increased up to 25 m. The building closes a dome of a temple of the Christ the Savior - because of the same problem Grigoryan's building in due time has been cut". According to experts, « the project is executed by absolutely talented architect and the explanatory customer », however it is guided by the initially incorrect decision about altitude. Therefore all over again it is necessary to solve the problem with the erroneous rules, and then already to undertake concrete objects. Also, in opinion of the group, the perception of a chamber small house «Мu-mu» is already ruined by the fact that behind it a big volume will be constructed - and to be absolutely exact the quantity of floors, whether it will be 5 or 6, make no difference. It was suggested to make 5 floors or even to veil a façade with greens, to transform a new building into the background side scene of «Му-mу». The decision was made by V.I.Sheredega: « as the opinions were divided, it is necessary to send the project on the  addition consideration to the main architect », but it  became clear that all in all the construction which is already going on, will be finished, even if the amount of floors will be lowered
Further the project of the hotel in Klimentovskiy pereulok possession 1, has been presented (Scientific Production Company «Aviva», architect A.M.Shepetov). Near to the object there is a big city manor and the profitable house, therefore a new building, in opinion of experts, should not be above the monument as it has already been noted by the main architect of the city. The author of the project has suggested to make the facade more modern, having taken for a basis a modular grid of the next house, and thus to construct a composition on contrast. During the discussion it was found out, that during the previous discussion the amount of floors has been certain in 3-5 floors, but architects yet have not made variants of such decision. Therefore the group noted, that authors managed to contain rather considerable volume in the "clamped" territory successfully and has decided to wait for the other variants and then to consider the project in more details.
The project of  the reconstruction of a building the elevator under the administrative-trading complex and the construction of the ground multi floor  parking in Spartakovskiy pereulok possession 2 (workshop by V.V.Ermakov) it is located near the 3-rd transport ring near to the railway and Rusakovskaia pier. As a matter of fact, the project offers the transformation of the industrial zone into the office center that is supported by the order of mayor of Moscow. The first turn of construction is already realized, and the second, placed for consideration, means the change of a roof and the front decision. From the experts, the discontent has been stated that the first turn of construction was approved without the consideration of the working group that has caused alteration of all industrial building, « which is if not a monument precisely then a valuable sample ». As the certificate of resolved usage (as a matter of fact, the right to designing) is already approved and the  construction goes on "at full speed", the experts, having expressed their regret, finally approved the project.
The project of the reconstruction of apartment houses on B.Serpuhovskoj, possession 38 buildings 4,6,8, (Joint-Stock Company « Moscow architectural center ») assumes to build up 2 floors above three houses, two of which face the red line, and the third stands in depth of a court yard (during the post-war time these, initially 3-storeyed buildings were already built on). Now the experts have noted, that the accent of the central building is practically lost and have allowed to raise altitude only on one floor. Also the project assumes to transfer the old external lift inside of a building and make a new roof, that has been approved.
The last had been approved the project of the regeneration and superstructure of one floor of the constructivist building on street Dobroslobodskoj, possession 5а (architect V.I.Sheredega) where the sports center is placed. Experts have unanimously chosen the project with a flat roof.
Text by: Irina Filchenkova 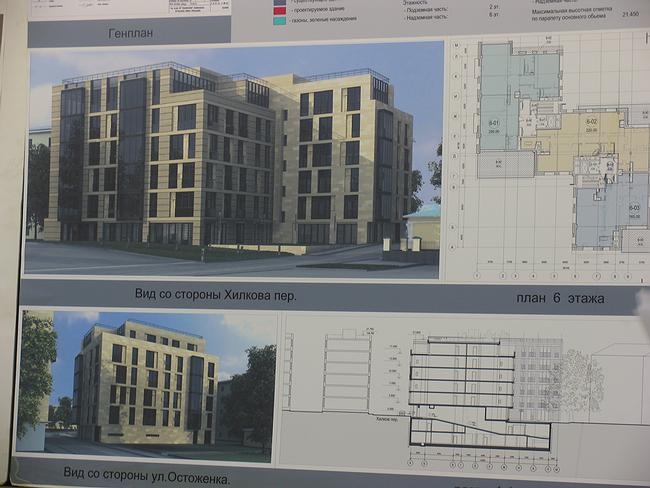 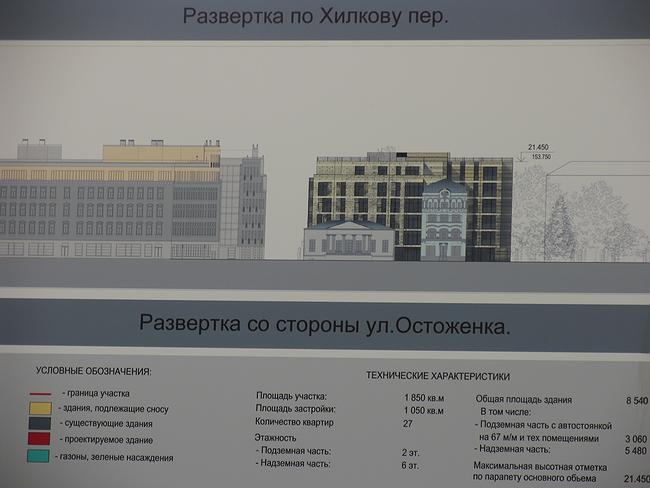 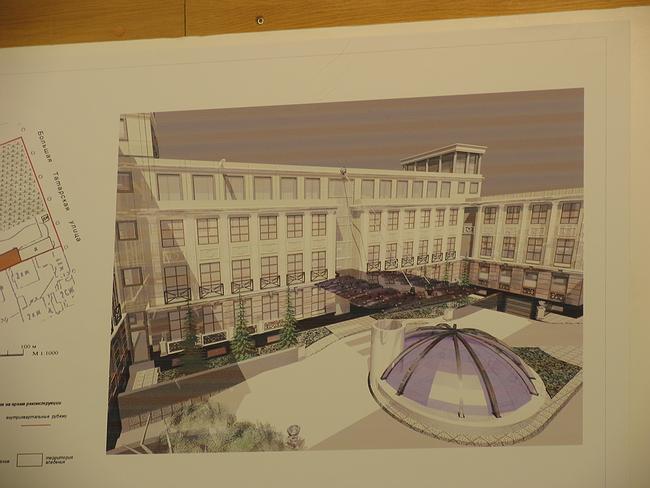 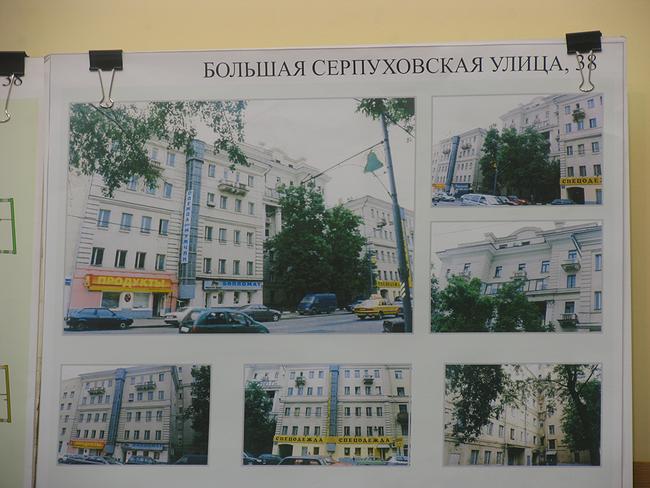 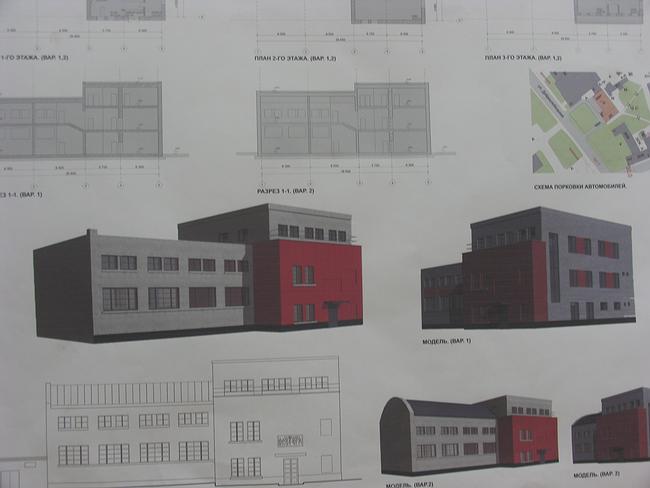