Architects of PAM Vissarionov designed a residential complex for Volgograd in the shape of two elliptical towers, volumes of which look like they have been constructed of platforms pinned onto a single core and turned at different angles.

From afar these houses look like white pipes of a huge ocean liner – not a random comparison because nearby the site for construction there is Volga riverside station… Now the site is built up by garages, but its surroundings are quite picturesque, first of all due to panorama of the river which here is turning to the east and forms a large, almost absolutely wild island. For the last decade there have already appeared a number of higher houses around – absolutely new look have located nearby the residential complex “Galitsyno” and a brick residential building in the form of an unfolded book by it, which has become a height dominant in this area. However, now this role will probably take the other modern complex in the shape of the two rectangular towers which is being built a little afar also along the bank. The houses projected by Vissarionov’s bureau, follows the new scale of the development formed on Volga bank in the area of Tsyalkovsky street.

The residential complex includes two towers on a single stylobate softly curved. Bases of both towers are elliptical, identical and are located parallelly to each other. Upper, the plan becomes more like a triangle with rounded edges, but this is not the main feature of the towers. Rounded and triangular volumes are divided into layers, each contains one or two floors which are turned at about 30 degrees angle relative to each other. Layers turn around the general geometrical center – the core gets in line with arrangement of lift shaft of buildings. It seems these towers were firstly cut into separate platforms, and than were turned so that their corners come forward.

In the plan rounded triangles laid upon each other look like a geometrical fractal flower, showing that the angle of turn of the floors is not random, it is equal. Alike forms made a complex silhouette – just same as in Japanese metabolism.

This method has some effects – first, the silhouette of towers becomes not just rounded but gains a steps and zigzag shape, opening perspective view to the neighboring complex “Galitsyno”. Secondly, layouts of apartments become more various – there will be variants of apartments for each "layer" (in total one floor will have 6 apartments gathered around a group of lifts). And, finally, the main moment – corners transform into large open terraces – rare luxury for those who live in towers.

Layers of triangular floors are white and have regular windows. This is the “main content” of the towers, at the top and at the bottom it is enclosed in glass frame. The two ground floors have shops and another centers of consumer services - these bottom layers merge into a kind of glass boomerang (and this may remind us of plans of houses by Jury Vissarionov for “Mamaika” in Sochi). At the top of houses there are three penthouses, glazed from floor to ceiling, they form graded pyramid also turned on the angle. 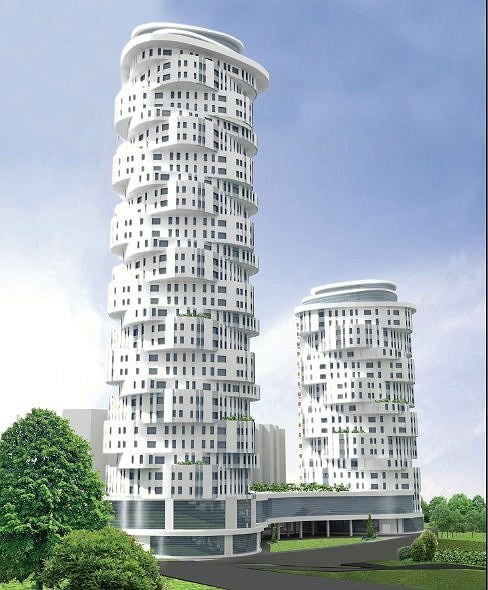 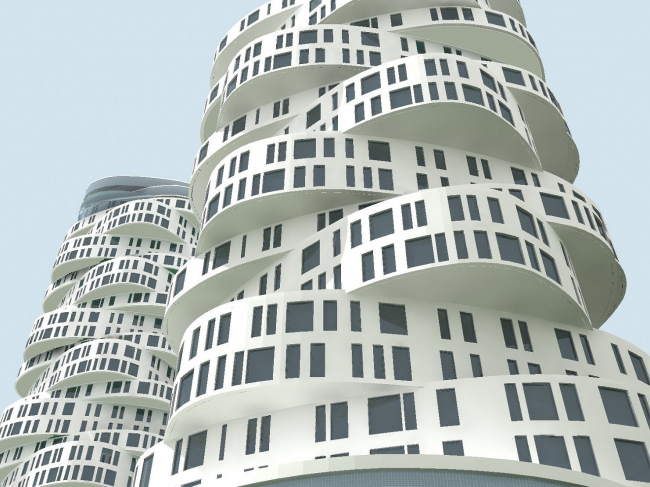 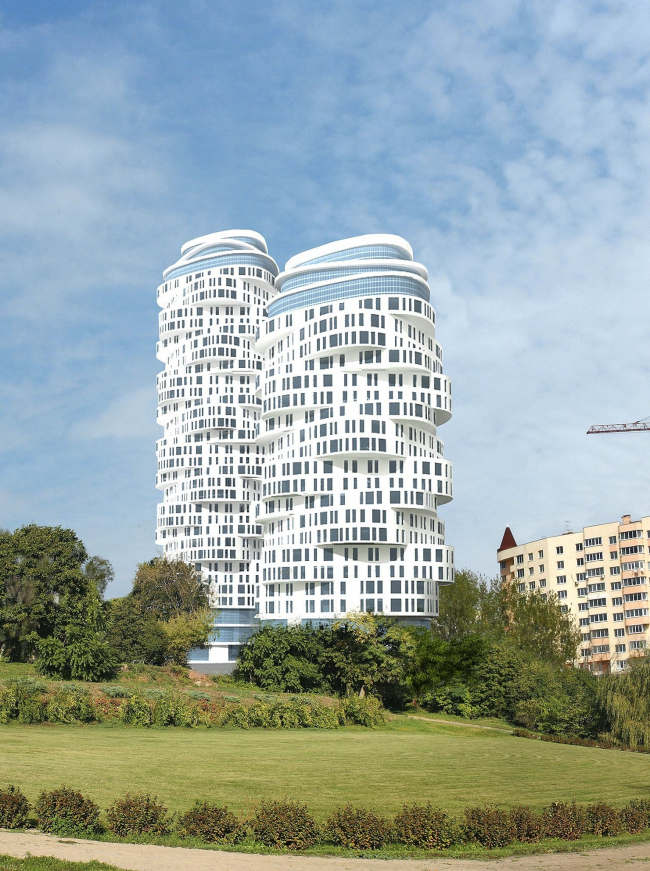 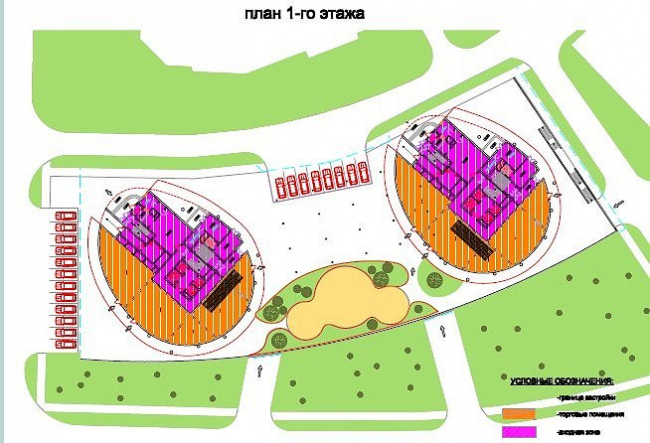 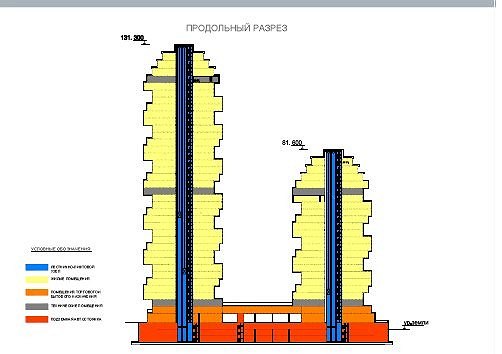 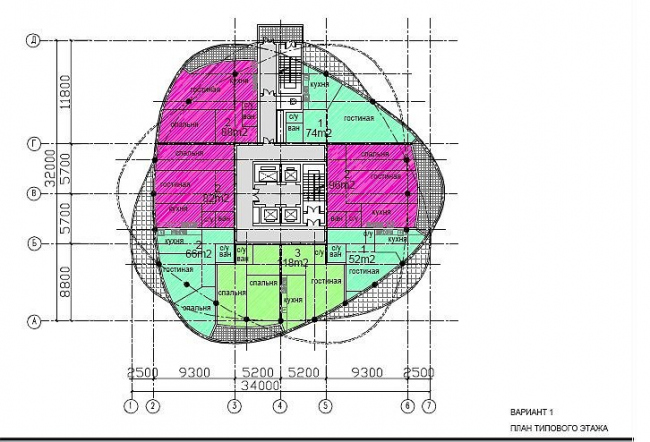