The updated practice file being compiled since autumn 1987 comprises more than 280 entries. Since our beginnings in 1987 the practice has changed its legal status: 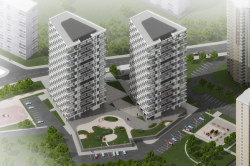 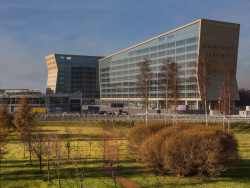 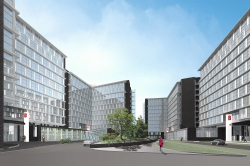 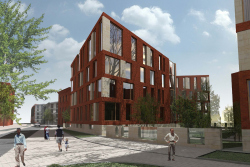 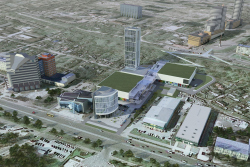 Concept on site development at Naberezhnaya Pobedy street in Dnepropetrovsk 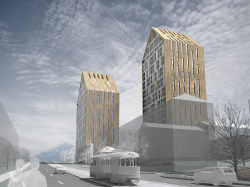 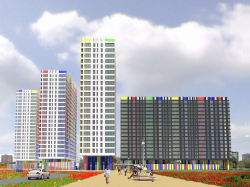 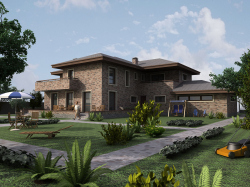 Designed by Aleksey Medvedev, the apartment complex on the Franko Street takes on the role of an urban planning highlight without going beyond the limits of a reserved minimalist form. One of its peculiar features is a staircase with a zigzagged ramp, still a rare sight in Moscow.

Prepared by Sergey Kiselev and Partners, the concept of developing a 150-hectare chunk of land at the outskirts of Orenburg has at least two major string points: the presence of a fair number of what usually is considered to be the components of a comfortable city and the absence of any overly “marketing” techniques – in other words, the project is realistic to the bone.

Julia Tarabarina. Continuing What Was Once Started

The project of an office-and-hotel complex located on the first kilometer of the Rublevo-Uspenskoe Highway develops their old ideas and responds to the architecture of the buildings that “Sergey Kisselev and Partners” had built earlier in this area.

In this article, we give a detailed coverage of what was done in Moscow’s new creative cluster “Arma” – and how.

What has been improved in the “Arma” site and around it – and how.
see All Archi.ru Texts / Sergey Kisselev & Partners