Alexey Goryainov is a co-founder of Arch group architecture bureau in Moscow. In 2009 Forward Media Group rating included Arch group into Moscow’s top-10 young architecture companies. In 2009, Forward Media Group voted “Arch group” as one of Moscow’s Top 10 Young Architecture Firms. The bureau’s projects have garnered many accolades from world architecture community and have appeared in a number of Russian and foreign publications. Arch group’s project is the winner of international architectural competition for Russian Orthodox Cultural Centre on Quay Branly in Paris (2011). Mikhail is co-creator of Sleepbox project. The Sleepbox has been recognized as one of the TOP-10 best ideas according to the world’s most influential architecture and design website Dezeen. Sleepbox project has been marked by professional awards and numerous publications in Russian and foreign press. Sleepbox Hotel Tverskaya was opened in Moscow in the beginning of 2013. 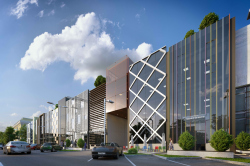 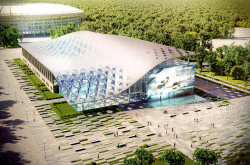 Project of reconstruction of swimming pool of the Luzhniki Olympic Complex 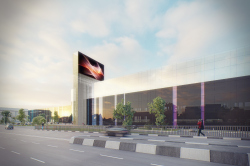 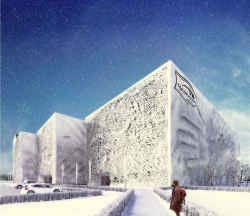 Alla Pavlikova. A Skyscraper As a Source of Alternate Energy

A concept of nature and technology combined in the interior of company MRTS, performing construction of major subsea pipelines.

Arch Group has moved to a new office - a classic open space designed in the industrial style with authentic artifacts of the nineteenth century.

A gigantic display cupola, mobile glass capsules and the most innovational technologies in the project of the National Crisis Management Center EMERCOM of Russia. 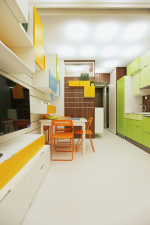