Recently the Town Planning Department of Cheboksary city passed the reconstruction project of territory of research and production complex “Elara”, designed by A.A. Asadov's architectural studio. In Cheboksary city there will be built a modern technopolis which will gather science laboratories and processing departments with as “green” architectural solution as possible.

“Elara” factory manufactures electronic equipment for civil aviation and military air forces, railroad communications, vehicles and banks. Today there are a few low-rise production units are involved in manufacturing, and a high-rise administrative building. The client — “VolgaDevelopment” company started the full reconstruction of the old buildings and construction of new ones – retail and business centre because the soviet architecture of the factory’s building was not appropriate to the high-technology works and because of the large undeveloped area.
A.A. Asadov’s studio offered the plan of “3 layers” for the master plan of the territory. They are – old and new buildings, and a “web” of planted roofs of present production units, newly built terraces and passages joining about 10 buildings of the techno-park into a single complex. So, the square site of the plant is fully built up, used with maximum efficiency, and the web of passages and green terraces are placed along the perimeter. Idea to combine a technopolis and eco-architecture in “Elara” complex was first suggested by the clients. It comes from the German techno-parks inside of which there are real jungles. Projects by the architects of "Behnisch & Behnisch" make the most remarkable example.
Considering practice of German colleagues, A.A. Asadov’s studio tried to lay the basis of ecological architecture into the general master plan with the hope of further development, in separate buildings of the complex. During reconstruction of present production units there will appear planted terraces with hanging gardens on different levels. The huge area of roof of the main production unit seen from windows of other constructions will be most planted. It will be turned into a garden with green-houses cultivating everything from tomatoes to exotic plants.
Green-houses on the roof introduce one of the principles of eco-architecture - beneficial use of heat generated by manufacture operations, the building will be heated by plants. The other principles are also put in the plan of the future complex - natural ventilation, double facades, use of sun and wind powered, use of direct and reflected sunlight, minimal amount of waste.
Today project of business centre is most fully designed, decorated with bright green ribbons which have become one of the recognizable features of A.A. Asadov’s studio. Building of Olympic reserve school in Mytischy is lined with alike stripes, project of which has been designed this year in spring. In Cheboksary green stripes mark ecological basis of the new complex. Not just inside it is “green” but outside as well.
Text by: Alexander Asadov, Andrey Asadov, Anna Gerasimenko 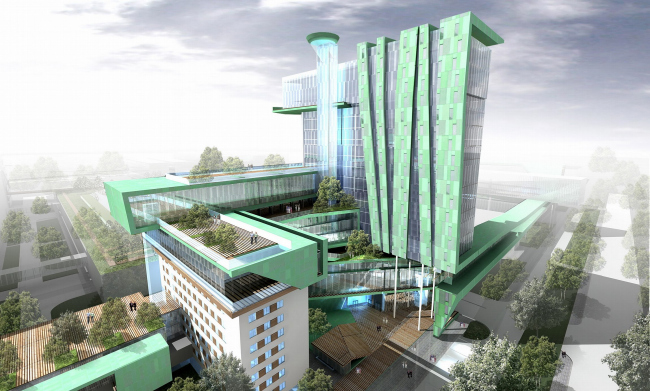 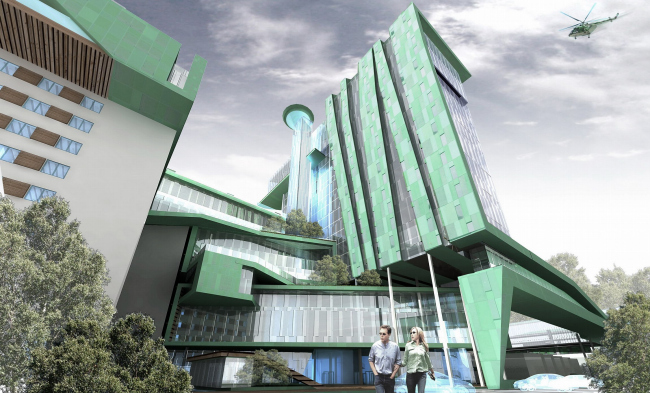 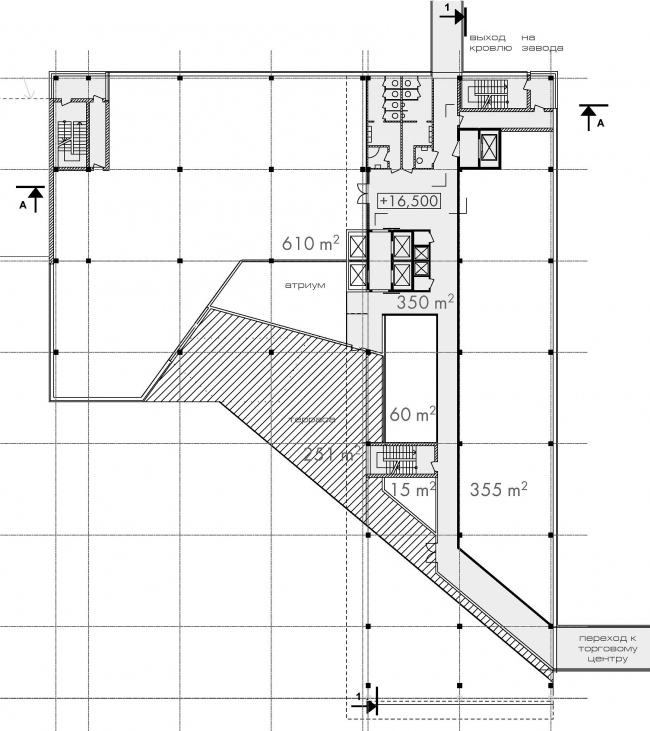