The head of the studio is Pavel Andreev 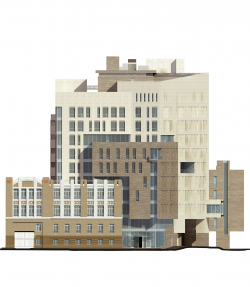 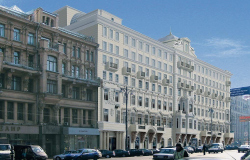 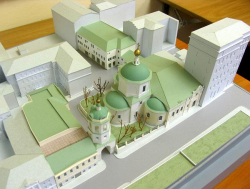 Anna Martovitskaya. Transfiguration of the Façade

“Nordeo” company is building a new office construction between Kostyansky and Ulansky lanes. It is designed by creative team led by Paul Andreev. Their client is “Lukoil”. The complex will complete development of their headquarter block on Sretensky boulevard.

Anna Martovitskaya. Spinnaker at a crossroad

At the cross of Sevastopolsky and Nahimovsky avenue there has been constructed a social and business center designed by the architect's Pavel Andreev. Its curved glass facade resembles a sail filled with wind and floating along the broad highways.

Nowadays the office complex on Valovaya street is known mostly as a longstanding unfinished construction project, more than half of which is covered with billboards and banners. But the author of the project author architect Pavel Andreev still hopes the building will be finally finished and become a part of front development of the Garden Ring.
see All Archi.ru Texts / Paul Andreev