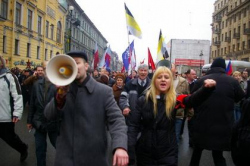 Thousands of people marched on Nevsky Prospect in St Petersburg on March 3, 2007, protesting against the policies of city governor Valentina Matvienko and calling for a halt to the proposed Gazprom City project.

Gazprom City would include a new headquarters building for Gazprom, Russia's energy monopoly, which would be taller than New York's Empire State Building.   St Petersburg has been designated a UNESCO heritage site because of its classical character.   The glass-clad tower (right), designed by the British architectural firm RMJM, would change the city's character drastically.

The tower would be more than three times as tall as the tallest spire in St Petersburg, Peter and Paul Cathedral, and it would be directly across the River Neva from Smolny Cathedral, which is now considered one of the greatest examples of dramatic siting in Russia.

The design was adopted after a competition that invited entries from six avant-gardist architecture firms, none with experience in designing buildings that fit into their historic context.   Russian architects refused to participate in the jury, and three of the four international architects on the jury (Norman Foster, Rafael Vinoli, and Kisho Kurokawa) withdrew because they could not endorse any of the entries, leaving a jury made up of one architect, four representatives of the government, and three representatives of Gazprom.

The demonstration, called "The March of the Disagreed", was organized by The Other Russia, a coalition of a broad range of political groups dedicated to the promotion of democracy and civil society.

The demonstrators adopted a statement prepared by The Other Russia calling for free elections of the St Petersburg government, for an end to evictions, and for an end to projects that "scandalously distort [the]centuries-old historic image of St Petersburg".   It asked Russian president Putin to stop St Petersburg governor Matvienko (who is allegedly appointed by Putin rather than elected) from proceeding with the $2.5 billion Gazprom project.

Protest organizers included Gary Kasparov, the chess-champion, and Mikhail Kasianov, a former prime-minister of Putin's government.   Though they submitted papers in advance, as required by law, organisers did not get approval for the demonstration on the grounds that it would disrupt traffic.   Organisers estimated that 3,000 to 5,000 people attended, while official government accounts said that "800 hooligans attended".

To sign a petition opposing Gazprom City, go to 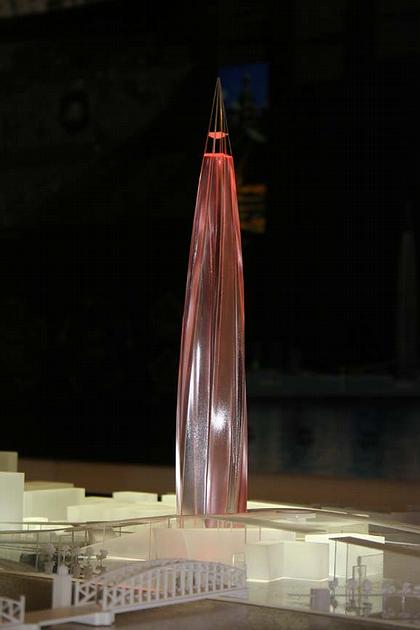 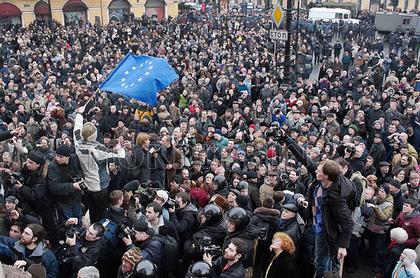 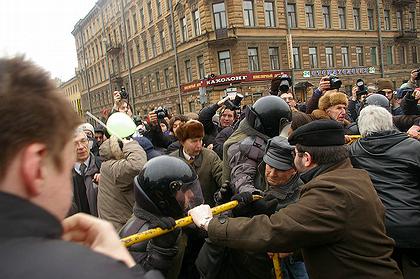